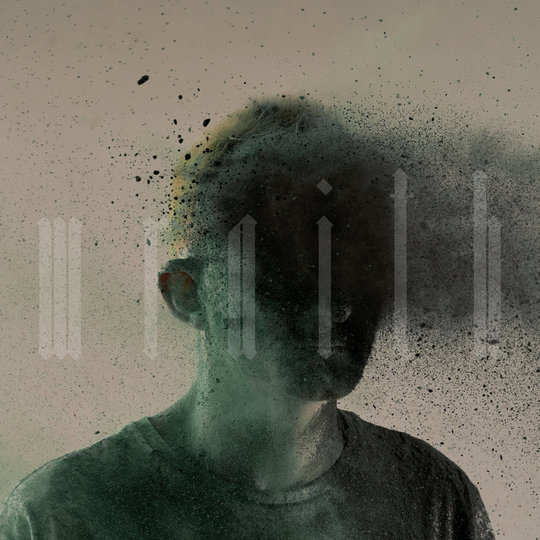 Wraith is the fifth album from Teeth of the Sea, the gene-bending London outfit that – to focus on film soundtrack references – have been blending the widescreen grandiosity of Ennio Morricone with the punishing giallo-prog of Goblin and the cosmic synth wizardry of Tangerine Dream for over a decade now. As such touchstones may suggest, Teeth of the Sea’s music is, like that of all the best contemporary ‘psychedelic’ bands, a glorious collage of styles and approaches. Techno, noise, metal, prog, and jazz all battle for the most prominent position, resulting in music that is pleasingly un-self-conscious in its freewheeling commitment to maintaining its own identity at the expense of easy categorisation.

Such an attitude is applaudable, but in hindsight there were perhaps signs on 2015’s Highly Deadly Black Tarantula that it had its limitations. Did a pair of brilliant (but rather jarring) power electronics diversions – replete with vocal shrieks from now former drummer Mat Colegate – really belong on the same album as the electronic-tinged post-rock of ‘Love Theme from 1984’? After all, if the record before that – 2013’s Master (their finest work) – had proved anything it was that Teeth of the Sea’s many influences could slug it out most effectively when placed in cohesive sonic context. There’s a lot to be said for eclecticism, but there’s even more to be said for bringing eclectic themes together into a convincingly focused whole with a shared sonic template.

Master’s ambient-krautrock-techno hybrid base is back on Wraith, which isn’t afraid of putting its foot to the floor when needed (as on barnstorming opener ‘I’m Ready, Jack’), but is also comfortable allowing listeners to drift across hauntingly beautiful soundscapes (as on the delightful ‘Our Love Can Destroy This Whole Fucking World’). Stripped back to a core trio – Sam Barton, Mike Bourne and Jimmy Martin remain – Teeth of the Sea sound more confident and polished than ever. The album gives the impression of being the truest realisation yet of the sound in the group’s head, tightly focused and stripped of unnecessary accoutrements. Its forty-seven minutes simply fly by in a deluge of chopped guitar assaults, trumpet fanfares, and synth flair.

If there’s a critique to be made of Wraith then it’s rather an unfair one: the album’s consistency means that its multiple highlights blend into a sumptuous whole rather than acting as immediate standouts. This makes for a marked contrast to previous albums, where there have one or two tracks that have stood out dramatically from the pack, not necessarily due to greater quality but out of sheer ecstatic immediacy. The comparative absence of such moments here may be largely a result of the fact that Wraith maintains the highest standards throughout, but the overall effect is that the album lacks a true knockout punch. This is despite the best efforts of centrepiece ‘VISITOR’ and epic closer ‘Gladiators Ready’, which both feel they have been (perhaps overly) designed to fulfil such a role.

It may be, then, that Wraith is Teeth of the Sea’s best, but also subtlest, album to date. This is a tremendously accomplished piece of work, but one lacking a little of the swagger of previous outings. Give it the time it deserves.