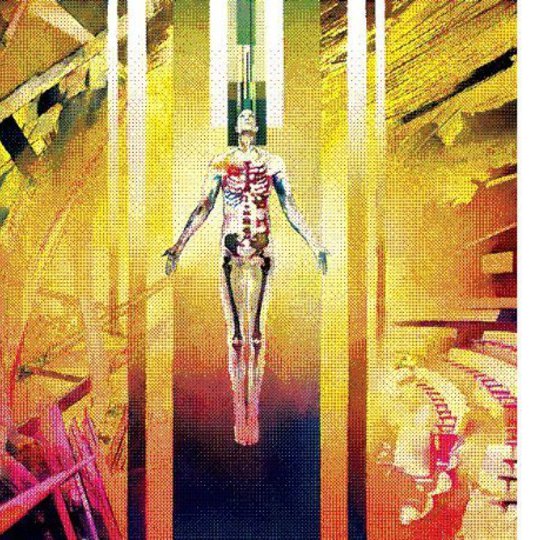 What makes music so special, and what makes it so consistently exciting, for me at least, is that it can be effective on so many different levels. Music can be emotive, thought-provoking, fun and physically impactful, but rarely is it all four at once. To achieve such a perfect balancing of musical impacts requires dextrous creativity as well as raw talent and, of course, there are many great artists who never achieve the balance but remain true greats in their chosen field.

Having said that, there is something undeniably special about a band that can balance those things, and with Master, their third full-length on quality psych label Rocket Recordings, London quartet Teeth of the Sea have just done that. This is the album that second effort Your Mercury so often threatened to be. Sonically rich tapestries do battle with thunderous crescendos of noise and devilish onslaughts of thumping electro beats. It’s triumphant, yet at times poignant, such as when Sam Barton’s mournful trumpet enters at the start of closing behemoth ‘Responder’.

It’s also a record of gleeful arrogance. After all, this is the band that prompted an internet complaint from a Supersonic Festival goer who accused the band of performing with 'smug arrogance', and generally of being 'massive pricks'. Said festival-goer also accused the band of being 'mediocre', which may cast his opinions into some degree of doubt, but anyone who’s seen Teeth of the Sea on stage will know that they’re a, shall we say, confident, bunch. On Master the band’s cocky stage persona only adds to the seething brilliance of their music, making for a record that’s doubly convincing in the process.

This is true straight from the off, with short intro piece ‘Leder’ leading into the cavernous bass-driven ‘Reaper’, a track that utilises both the sci-fi soundtrack and the dancefloor crossover vibes the band have flirted with since their inception. It’s definitely physical, body-twitching music at its finest, but just as importantly it casts the band’s love of everything from ultra-intelligent krautrock to ultra-vibrant techno in the most enjoyable of lights. Teeth of the Sea could choose to take the more po-faced route adopted by many of their contemporaries and influences, but they have the common sense to realise that injecting an open and discernible love of music into their compositions isn’t a crime.

As a result, throughout all the ambient drone excursions that occur during the album, there remains a real sense of life and worth. Nothing on Master ever even touches upon being filler because Teeth of the Sea clearly love the more atmospheric side of music just as much as the rest of what they do, and that really comes across on the starkest moments of tracks such as ‘Siren Spectre: Phases 1 & 2’ and ‘Put Me on Your Shoulders So I Can See the Rats’.

Teeth of the Sea are obviously infatuated with an insanely broad range of music. Aside from all the obvious influences from the worlds of electronica, experimentalism and noise there’s even the fact that guitarist Jimmy Martin is HMV’s resident expert on extreme metal; something that makes a lot of sense when you play close attention to some of the deliciously unhinged discord the six-stringer is responsible for on occasion here. This melting pot of influences is what allows things to reach such an utterly glorious head on ‘Responder’, the aforementioned closer.

To say that Master’s final track emphasises everything that this album does so well would be a rather basic way of putting it, but there’s hardly a better one. 'Responder' is the best track Teeth of the Sea have ever done, eventually building into an almost post-musical brew of such epic proportions that it feels like your head’s expanding when you listen to it. It’s an astonishingly majestic conclusion to an album that bridges so many musical styles and moods yet retains a sound all of its own. Master is a record of real and rare magnificence.

Released by the Movement