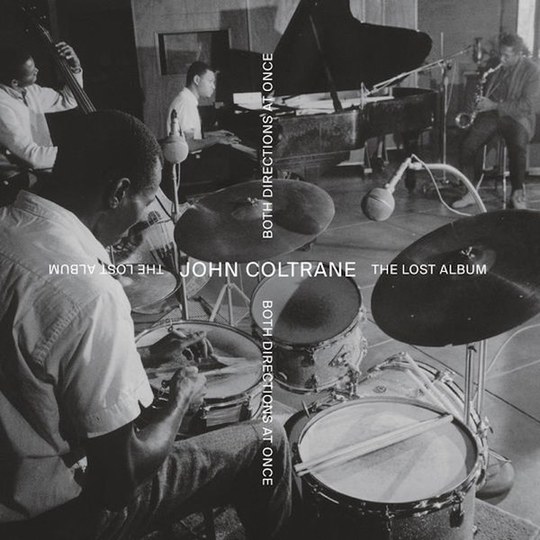 Towards the end of last year’s Chasing Trane, John Scheinfeld’s comprehensive and affectionate documentary about the life and work of John Coltrane, it was a surprising voice who offered up perhaps the most accurate frame of reference for the legendary saxophonist’s career trajectory.

‘If you go to any kind of retrospective of Picasso’s art, it’s breathtaking what he did, going from being a very good traditional painter to the Blue Period, his abstract and then his cubist work,’ says Bill Clinton, one of the few figures to be interviewed for the film who wasn’t a relative or a fellow musician. “If you think about what John Coltrane did, moving through his various phases of musical creativity, he basically did everything Picasso did in about 50 years' less time.'

He’s right; you can map out Coltrane’s all-too-brief musical life by where he stood relative to the traditional boundary. He remained well within it, albeit with flair and skill, as part of Miles Davis’ band in the late Fifties, and then began to nudge up against it during the early years he spent as leader of his own band, the so-called Classic Quartet, at the beginning of the Sixties. He crashed through it in December 1964 with his transcendent and deeply spiritual magnum opus, A Love Supreme. Afterwards, he was free, as his incalculably ambitious final works proved.

The first thing we need to do with this long-thought-lost new Coltrane release, then, is to recognise where it falls in that chronology in order to understand what he was aiming for at the time; Both Directions at Once dates from a session on March 6th, 1963, placing it towards the close of the initial Classic Quartet period. This was Coltrane’s transitional phase, and the shifting approach to his work is apparent here. It doesn’t necessarily sound as if he was becoming bored or disenchanted with traditional jazz structure, as is so often cited as a key reason for his gravitation towards the more experimental bent that defined A Love Supreme; after all, on one of the true new cuts here – ‘Untitled Original 11386 – Take 1’, Coltrane appears to be relishing the improv challenges of each solo, particularly his own on soprano, and in between each one, the band keeps locking back into the original melody. The Latin inflections on ‘Vilia’, meanwhile, hint at what he learned during his time with Davis.

Plus, the fact that the expanded two-disc version of the album contains no fewer than four takes on ‘Impressions’, which had long been a staple of Coltrane’s live sets by that point, provides hard evidence that he was still looking for new sounds within old structures. The deluxe package of Both Directions at Once is the one worth buying, if only for consistently thrilling proof across those tracks of how adaptable Coltrane was; he swings from cathartic aggression to painstaking deconstruction between the four of them.

The standout, meanwhile, is ‘Slow Blues’. Pianist McCoy Tyner sits it out, leaving the rhythm section of Jimmy Garrison and Elvin Jones – on double bass and drums, respectively – to provide a low-key, languid backdrop for Coltrane to perform in front of. And perform is putting it mildly; over the course of 11 epic, rollercoaster minutes, we get a glimpse of how far into the cosmos he was ready to go 18 months later with A Love Supreme. His saxophone whips up a genuine mess of blues, starting out scarce and deliberate before quickly assuming breakneck pace and taking a left turn at every juncture. He abandons studied phrasing for manic freewheeling, and Jones, in particular, provides the kind of foil only a longstanding collaborator could.

‘Slow Blues’ serves as a stirring metaphor for the session that birthed Both Directions at Once as a whole; at the time, Coltrane was under pressure from Impulse! Records to keep cresting the wave formed by his 1961 breakthrough My Favorite Things. He’d begun to work with the likes of Duke Ellington and the jazz singer Johnny Hartman – the latter just one day after this session. We’ll never know quite what Coltrane intended to do with the takes that he cut that day, and accordingly perhaps The Lost Session would be a more accurate title; whether they would’ve made it onto an actual album isn’t clear. One conclusion we could potentially draw, though, is that he was simply letting off some commercially unviable steam, responding to label pressures by blowing up the popular live number ‘Impressions’ and banging on the door that he’d later kick down with A Love Supreme on ‘Slow Blues’.

Whatever the plan was, Both Directions at Once isn’t just a treat for the hardcore, either in terms of Coltrane or jazz more broadly; that’s something borne out by its astonishing first-week sales figures, which have propelled it to number 21 in the U.S., 16 in the UK and 3 in Germany, all on the album chart proper. In his accompanying liner notes, Coltrane contemporary Sonny Rollins describes the unearthing of Both Directions at Once as like “finding a new room in the Great Pyramid”. You can almost imagine him rolling away the stone and flinching at the light from within. Coltrane only ever did burn bright.