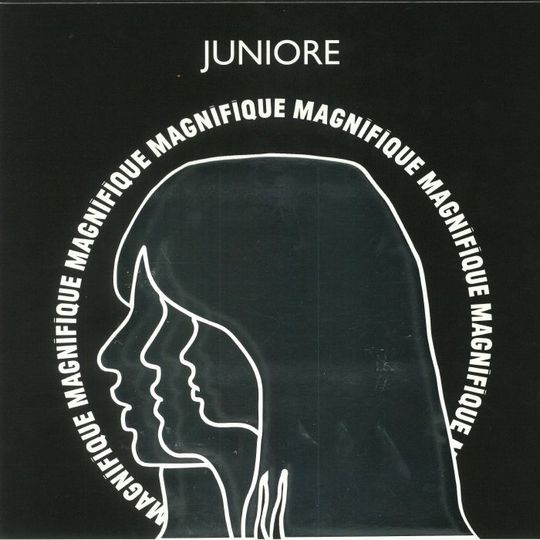 French ‘girl band of sorts’ Juniore’s second album Magnifique – their first to get a UK release – is a condensed, exploration of French pop history.

Debut album, last year’s Ouh là là set the band’s aural template, which they have coined ‘ye-ye noir’ (playing on the classic French approximation of Sixties beat music and their darker take), magnificently, but this follow-up is a step-forward.

Magnifique is a floating aural cloud in which the best elements of French music can be heard through the seductive haze.

Where, in today’s musical landscape, it is easy to fall foul of creating weak approximations of the past, Juniore use what has gone before to craft their own expressions, much in the same way Stereolab did in the Nineties.

In fact, Juniore create the same type of ‘always the same, but always different’ style of the Anglo-French future-retro legends as they carve out their distinct sound on Magnifique .

‘Ça Balance’ could be a lost collaboration between Stereolab and Broadcast, setting a seductive but playful tone for the record. But as ‘Panique’ kicks in with its kinetic, funky post-punk rhythms, reverb-heavy surf riff and big organ lines, it soon becomes apparent that a Magnifique is a journey via the familiar into the unknown.

Rhythm is dragged more the fore on this second record, especially the funky bass lines played by the wonderfully named band member ‘The Thing’. ‘Marabout’ is a noir rework of surf rock and ‘Difficle’ turns the smile of ye-ye pop music upside down, slowing the tempo but losing none of the impact.

Lead single ‘Magnifique ’displays the album at the height of its powers as a modernised version of classic Sixties arthouse movie soundtracks dragged to the dancefloor by rammed-up rhythms.

Anchored by Anna Jean’s alluring, detached vocal delivery, sang completely in French, no matter where the influences take them, Juniore have created a work that flows brilliantly from start to finish.

Anna Jean has described the tunes as dark love songs, ‘about the irony of things, the paradox of feelings’, and Magnifique certainly creates that philosophical air. Understanding is not necessary to sink into its vibes.

Ending with the sexy, whispered sigh of ‘A La Plange’ Magnifique succeeds in matching every stereotype ever created about French sophistication and style.

Although, connoisseurs of French pop music won’t find anything particularly new to saviour in Magnifique, Juniore’s transposing of the classic into darker realms, will still make for an enjoyable listen and may ignite a re-listen of forgotten gems or, even, further exploration of France’s rich aural history. For newbies this album is a grand starting point.