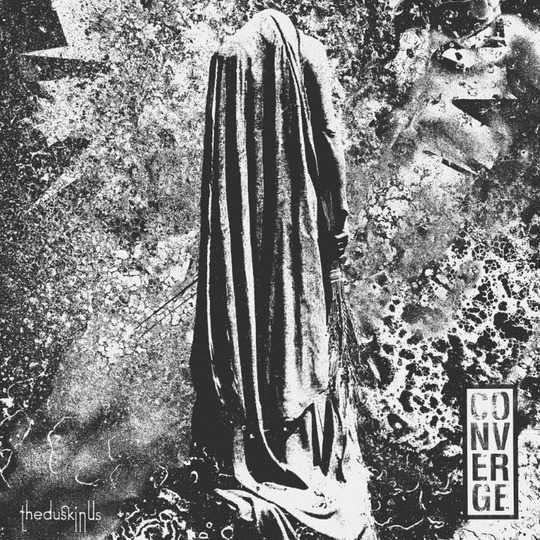 Hardcore will never die, but you will.

The title of Mogwai’s seventh album comes not from a place of stoic reflection, but one of profound defiance, barked from the lips of a teenager to the ears of a shopkeeper who blocked a path to alcohol. The enduring Scottish instrumentalists are funny that way, often doling out sharp witticisms for monikers, the juxtaposition with the sky-scraping ambition of their music a cute reminder that they are human after all.

For Converge and Jacob Bannon, hardcore has proven a way of life for the past 27 documented years. In that time, the Boston natives have emerged as standard-bearers for the genre, despite their vocalist’s occasional protestations that they’re too punk for the hardcore kids, too weird for the punk kids, and, well, too hardcore for the metal set.

In truth, such constraints matter little, for there is a purity about Converge’s signature violent catharsis that sidesteps whichever tailored playlist they’re destined for these days. As one of the great modern orators, Bannon stalks stages as a harbinger of unflinching emotion, just as likely to create a fractured landscape peppered with twisted mystery as he is to wholesale reject the concept of subtext, opting instead for the rawest possible sentiment. Oftentimes, he bleeds both together. His ownership is his command, and the delivery matters just as much.

The Dusk In Us presents another unquiet world, one that feels familiar. You wonder how literal Bannon is when he conjures up ”monsters among us”. During the album’s opening minutes, he discovers himself in the role of protector, and thus highlights a desperate need to survive. Now north of 40 years old, he naturally views life differently. He ages. He is human. He is us. As ever, you meet Converge’s unique brand of decay and disarray head-on, finding absolute euphoria in their absolute chaos. Time and again, the clash proves strangely attractive. Harking bark, a wonderfully lacerated anthem like ‘Jane Doe’ might not fit a conventional aesthetic, yet that’s part of what makes it so beautiful.

Here, the equivalent titular adventure arrives at the halfway mark, offering considered pause for contemplation. Here, Bannon cries warning for the aforementioned real-life demons, charging lost souls to clamber ”above all of their noise”, ultimately asking difficult questions of himself as the cacophony rises, rises, rises. By the finish, his wail counters the barrage, holding darkness at bay. You hope that everything will be alright, despite knowing, deep down, that the fight must eventually fade to unforgiving black.

An unerring sense of conflict courses through The Dusk In Us, and while that might sound like business as usual for a Converge record, it’s a testament to Bannon and his cohorts that they remain so compelling nine albums in. Credit has to go to Kurt Ballou for making everything sound so towering in his dual role as guitarist and producer, but this is an outfit that continues to display a truly commendable level of consistency as they carve out and examine fresh wounds.

Even in the face of seeming acceptance - ‘A Single Tear’ - Bannon displays marked defiance - ‘Under Duress’ - and it’s this dispute with the self, the refusal to yield, the spotlight shone on constant contradictions that make us so flawed and fragile, that resonates. On a record that always moves and forever looks for answers, inevitable barriers arise. The push/pull nature of ‘I Can Tell You About Pain’ shouldn’t get lost in the mosh pit, for though it works as a classic bruising sub three-minute workout, that’s time enough to expertly capture difficult truth about suffering and expression. For a more traditional take on that sentiment, the patient, contemplative ’Thousands of Miles Between Us’ arrives in time for the dusk to properly settle.

”We must lose sight of who we are to know what we can be”, declares Bannon as proceedings draw to a close. The cruel irony, of course, is that such an action isn't a realistic path to fully commit to. For now, our reflections remind us. One day, they shall vanish. In between, we can fight, we can run, we can deny, we can win, we can lose, and, in the case of Jacob Bannon and Converge, we can scream, profoundly.