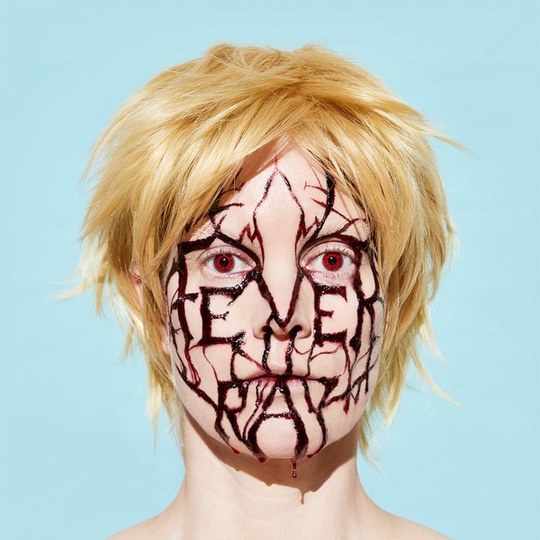 At this stage, a decade-and-a-half on from 'Heartbeats' it's time to start talking about Karin Dreijer in the same reverent tones as, say, Aphex Twin or Björk. There aren't many artists since the turn of the millennium who have managed to consistently turn out exciting, rewarding and challenging electronic music - other than perhaps, Flying Lotus - which has managed to find success on both a mainstream and critical level than Dreijer, through her work with brother Olof in The Knife and here as her solo persona, Fever Ray. Dreijer's been so important in such a short time, she's even had a generation of younger songwriters whose careers she's either had a hand in launching or at the very least acted as a key stylistic influence on that success (Robyn, Likkie Li, CHVRCHES, Kaitlyn Aurelia Smith).

So while it was sad to see The Knife apparently call it quits with 2013's dangerous Shaking the Habitual, it also meant something of a rebirth for the female Dreijer, as that record's more directly political and sexual themes took centre stage in an ambitious, chaotic, electronic-prog-rock opera. Last week, four years after The Knife's last outing, Dreijer literally plunged her second record under the Fever Ray guise on us, sharpening the focus of …Habitual's themes into the closest she has got to a pop record since their second record, 2003's Deep Cuts.

Immediately, that's a little bit unfair, Plunge is much more than a simple pop album. For all its more standard rhythms, beats and song-structures, there is a mind-blowing moment of detail waiting around the corner. Even lead single 'To The Moon and Back' for all its crystalline synths and catchy melody detailing what is a fairly classic love song finishes on an extremely direct and line in the sand baring line, pronouncing: "I want to run my fingers up your pussy!" While stylistically this is the most straightforward pop song on Fever Ray's follow-up to 2009's Fever Ray, it is also a perfect summary of it: I am a sexual (and political) being, and I desire satisfaction."

There are plenty of moments like this spread across Plunge, and while many other artists can and have lacked the skill to not make it sound embarrassing, there isn't so much of a hint of that here when Dreijer proudly, angrily proclaims "THIS COUNTRY MAKES IT HARD TO FUCK!" on 'This Country', a sultry, mechanical experience. Which country exactly is never specified, and doesn't seem entirely relevant, but the point remains that for all of many country's increasingly progressive views towards LGBTQ rights and mores (especially Dreijer's native Sweden) then still practice regressive tastes or practices, with Dreijer demanding us to "Destroy Nuclear! Destroy Boy!" while distinguishing "We’re not attracted to this country’s standards."

Dreijer makes her list of demands clear right from the get-go with opener 'Wanna Sip', a pulsating, club-indebted piece, in which she laments that "I wanna love you but you’re not making it easy" before taking charge of the bedroom, turning round to shout " I know I've got to let you go/It goes for all of us / You're not curious/I don't think you should hang with us" Meanwhile, 'Musn't Hurry' shows an awareness of aging and anxieties over rushing in the face of increasing sexual hunger, whereas the 'Falling' shows the actual dangers of doing too much too fast, flashing her back to a childhood memory "Sometimes you know its love/Still we're pushing what's possible/A queer healing/Mom just had a feeling."

One of the album's highlights in one already overstuffed with them, 'IDK About You' which sprints through every confusing thought that comes with a new relationship or partner. Plunge isn't all bombast, however, there is a warmth underpins everything Dreijer does here which, if missing, would probably undercut the whole record. The gorgeous, heartbreaking 'Red Trails' is about as good of a break-up song as you're going to find, setting it in the snowy countryside and set against images of the moon and fire, it is a breathtaking piece of songwriting. Eventually, Dreijer settles down from her sexual explorations from earlier in the record, with the final one-two punch of 'An Itch' and 'Mama's Love' where she finds a love she can be content with... for now.

Plunge builds on Fever Ray's - to borrow a graphic novel phrase - 'universe building' self-titled debut to create her most direct and personal record to date. On top of this, Dreijer has cemented her place within alternative music's dynasty, and it's refreshing to hear an outwardly queer and fiercely political artist convey a clear message without having the music, performance or reception fall over the potential weight of those themes. For as much as Plunge quite clearly contains these themes, it can and will be enjoyed as a universally creditable piece of brilliantly constructed art, and that is Dreijer's real success here.