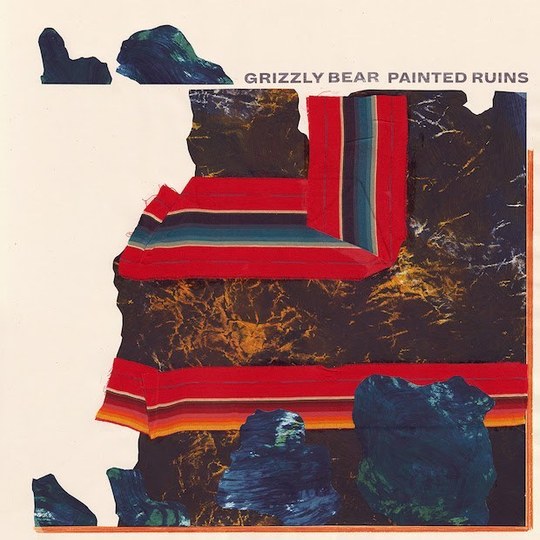 Somehow, five years have gone by since Shields, Grizzly Bear's final album on Warp Records. Somewhere between it and 2009's Veckatimest the band became one of the most unlikely 'big deals' around thanks in no small part due to their work on the film Blue Valentine and the song 'Two Weeks' being featured on practically every advert ever. So while it shouldn't come as a surprise that the once-dubbed 'freak folk' act are now signed to a major (Sony's RCA imprint), it still seems a little odd that such a band could achieve such heights, but perhaps that's just where we are with music in 2017. Not that Warp Records was exactly an 'expected' home. Sure, they have increased the amount of electronics in their sound, but it is in no way their primary focus despite spending their career so far on an otherwise almost entirely electronic label.

What is consistent about Grizzly Bear, however, has been the strength of the material. Though for some, 2006's Yellow House remains their high watermark, hardly anyone can deny that their material hasn't lost the same allure they built up from the early days. The only real mystery was whether we would even get another Grizzly Bear album, as in the five-year interim, the band have split coasts (half are based in LA now) and seemed more interested in their personal projects. Whether or not it was major label money that brought them back into existence, there appears to be no impact on the music. Painted Ruins the band's fifth set, continues their D.I.Y attitude of writing collaboratively in secluded spots and being produced by their multitasking bassist, Chris Taylor and their wholly idiosyncratic writing style remains thankfully intact.

For there isn't really anyone else out there making music even remotely like Grizzly Bear at such a high and consistent level. Their eclectic mix of folk, chamber pop, electronics and jazz maintains their status as a band both perfectly approachable and challenging, and this remains their greatest success. 'Losing All Sense' for instance has all the baroque charms of 'Two Weeks', stomping along at heady pace. Both this and earlier single 'Neighbours' are perfect examples of one of the band's best strengths, the subtle build. They have a tendency to let a song do its thing in a familiar and pleasing fashion, before pulling the rug from underneath the listener with a section that somehow manages to pile more layers, more meaning, more feeling into the established foundations, before knocking the whole thing down again.

Meanwhile, 'Mourning Sound' proved to be one of the band's best "pop" efforts, all pomp and circumstance, painting an early morning scene that seems peaceful on the surface but threatens a more chaotic, violent prospect in the middle-distance. 'Aquarian' showcases Christopher Bear's exquisite jazz drumming. He's has always been the quiet hero of Grizzly Bear, ensuring everything they touch turns to gold due to his cardio strength behind the skins.

As always though, dual frontmen Ed Droste and Daniel Rossen remain the stars of the piece. While, like Wolf Parade, it's not immediately obvious which one is leading the charge, it never exactly matters. The two compliment each other so profoundly with their glorious, soaring melodies and songwriting styles that they remain the not-so-secret weapon in Grizzly Bear's impressive arsenal. Despite over ten years of writing together, they remain incredible talents and it's in plain sight all over their latest record, especially on finale 'Sky Took Hold', a storm-brewing climax which eventually boils down to their voices in the eye of it.

Yet again, this is another excellent record from a group who don't seem to know how to produce anything else. We almost don't deserve a band who remain so consistently inventive and appealing. Sure, there is no mistaking Grizzly Bear's sound; this album doesn't drastically change anything from their 'formula', but when said the formula is so enthralling and unpredictable, no wonder it still hasn't lost its sheen after a decade creating it. While the band have clearly slowed down to create their fifth record, Painted Ruins shows no signs of stopping their quality of sound and long may that continue.