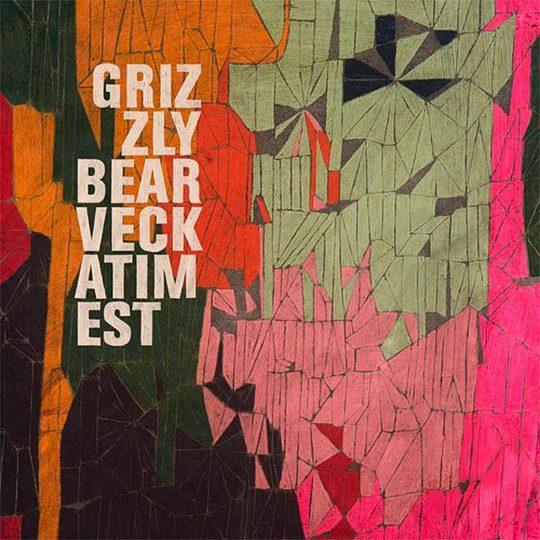 Until the release of this third album by Brooklyn foursome Grizzly Bear, the titular island of Veckatimest (Gmap) had very little to shout about – well, actually, it has nobody to do its shouting. Tiny, uninhabited, barely above sea level, the smallest member of the Elizabeth Islands chain is, ostensibly, an unremarkable patch of dirt between the Massachusetts mainland and east coast summertime celebrity haunt Martha’s Vineyard.

Yet Grizzly Bear saw something in the place they visited while recording in nearby Cape Cod – now, immortalised in art, Veckatimest will always be synonymous with this collection, its makers’ most important release yet. As such it’s tempting to draw parallels between the physical place and the thematic construct of Veckatimest, the follow-up to 2006’s breakthrough long-player Yellow House – tempting, but unwise. Yes, one can read a line like “Our haven on the southern point is calling us” (opener 'Southern Point') as insinuating an embracing of escape into isolation, separation from a mainland (or, even, mainstream); but context is absolutely tied to subjectivity, and as such deriving Hard Fact from ambiguity is impossible. Conclusion: location is everything, except in song, which must stand alone of environment to succeed.

Yet there’s something quite elemental about this record, something in its feel, its textures, that connect it with nature, with landscape – the world around it, before it, does come to life in the coldest bedroom, the most cluttered lounge, the busiest bus; it offers escape, albeit not of a physical nature, in its warm guitar tones and layered vocal harmonies. The whole thing is, at times, a little like being trapped inside a ‘real world’ version of Secret Of Mana (if you’re too young to know what a SNES was, lookie here) – all shimmers and sweeps alongside percussion that never unnecessarily intrudes, ethereality expressed via studied execution. Listen to 'Ready, Able', its chugging guitar backbone played off against spectral vocals which proceed to soar splendidly – it’s pure fantasy manifested as modern alternative rock, rich with indiscernible lyrics which say little, truthfully, but could mean everything: the importance lies in the delivery.

This otherworldliness is expressed differently across the collection’s twelve tracks – at times thoughts turn to the glacial overtones of Björk at her most beautifully brittle, and Danish collective Efterklang at their sumptuous best. ‘I Live With You’ goes further still, combining these elements with Arcade Fire bombast to create a whole that’s engrossingly erratic, yet reassuringly complete for all its battling tangents. Closer ‘Foreground’ finds the four explore introspection (as its title might well imply), a simple piano the guide for a piece that climaxes with the most gorgeous choral build heard since ‘Unison’, from Björk’s 2001 masterpiece Vespertine. It’s a fitting finale on a record that finds Grizzly Bear explore group dynamics like never before, becoming one to craft their most complete album – segues are effortless and exact, little consideration given to singles or to cherry-picking downloaders. This is an ‘album album’, a release that can’t be defined by The Hit Song.

Which leads to a problem, ish. What it does lack – and this is a product of its great consistency, and not necessarily a negative in the grand scheme of things – is anything approaching a standout in the vein of ‘Knife’ or ‘On A Neck, On A Spit’ from Yellow House. There are far fewer ‘ins’ on Veckatimest than its immediate predecessor, which given the band’s considerably greater profile at the time of this record’s release is, perhaps, a handicap. Any £50 Man seeing the group on Later With Jools Holland will struggle to get a grasp on a record that celebrates the minutiae of its assembly, that revels in nuances that reveal themselves only after the second, third, fourth… twelfth listen. (As an aside, I don’t think I have ever listened to a record more times before putting proverbial pen to paper – there’s such depth to this record, tonally, that it warrants more respect than your typical cursory-listen-equals-satisfactory-critique malarkey.) It is not an easy listen – well, it is, so far as a pleasurable experience goes; but delving deeper than the surface requires focus, commitment… isolation. And we’re back to the island again.

By cutting themselves off from a hurry-everywhere-and-everything society, Grizzly Bear have successfully realised their most rewarding record yet, and the first to truly feature the four in perfect harmony – with bassist Chris Taylor producing, the band has been able to indulge as many whims as they’ve felt right, without a secondary perspective corrupting their vision. To some groups this would sour the process, but at no juncture does Veckatimest seem needlessly indulgent – the sounds captured, as luscious as they are, are perfect for the overall pitch of this release. Vocalists Ed Droste and Daniel Rossen exhibit an interplay that never flounders despite its ambition, and neither trips the other with an unbeatable, album-owning chorus (again, more a product of consistency than any ineffectualness). Christopher Bear’s drum work, meanwhile, is exemplary in its precise subtlety – there’s as much weight in what’s not there as what is, spaces as vital as strikes.

Really, the only fault of this record is that its most arrestingly beautiful minute is its final one: everything that comes before, however brilliant it is at the time, pales once that choir swells, just for a few too-fleeting seconds. And if that’s the only fault, to these ears at any rate, someone should probably nominate a crier for the previously unremarkable inspiration – the summer-season Vineyard visitors should be aware of its influence on one of the year’s most luxurious long-players.