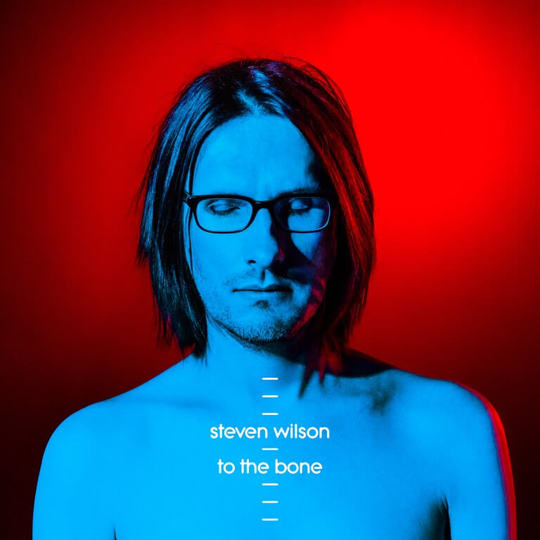 Whatever your take on prog rock, one can scarcely deny that the genre has produced some of the great musicians of all time. More debate could be had over how many genuinely great songwriters prog has produced. Waters? Gabriel? Anderson? Fish? One name that does deserve a place on the list, however truncated one might make it, is Steven Wilson, the ex-Porcupine Tree frontman now unveiling his fifth solo album, To the Bone, which is also his first on a major label (the Caroline subsidiary of Universal).

Over the course of his 30-year career to date, Wilson has proved himself consistently flexible. Porcupine Tree veered between classic prog, post-Radiohead art rock, metal, and even (occasionally) pop, with ease. That’s without mentioning the trip hop leanings of early No-Man (probably the most underrated band of the last 25 years), in collaboration with Tim Bowness, or the alt-rock of Blackfield, alongside Israeli superstar Aviv Geffen. He’s also produced a raft of superb experimental records under the Bass Communion and I.E.M. monikers.

All these strands began to fuse together once Wilson began his solo career, which kicked off with the brilliant pair of Insurgentes (2008) and Grace for Drowning (2011). These records truly spanned the depths of Wilson’s musical personality, and stand as peaks in his long career. The Raven That Refused to Sing (2013) and Hand. Cannot. Erase. (2015) were quickly held up by the media as contemporary prog classics. Even if neither of the latter two records quite clicked for me, it would be foolish to dispute that all four of these albums emphasised Wilson’s songwriting strengths. Each contained hints that – one day soon – Wilson might leave the orthodox conception of 'prog' behind, in favour of the world of pop. To the Bone is that day arriving. It has been billed as Wilson’s 'hat-tip to the hugely ambitious progressive pop records of his youth' (Gabriel, Talk Talk, and Tears for Fears are mentioned explicitly in the press release). Unfortunately, however, To the Bone works neither as a prog record nor as a pop record… and it certainly doesn’t combine the two notions in a way that is anything to get excited about.

The reference points that the press release notes are immediately apparent upon the record’s opening, which has the fingerprints of Gabriel in particular all over it. There’s also a clear Bowie influence, which remains present throughout. What there’s very little of is a sense of personality, a theme that continues as the album moves forward. ‘Nowhere Now’ is more reminiscent of a forgotten mid-2000s Coldplay album track than anything else. ‘The Same Asylum as Before’ has a spectacularly catchy hook, but suffers from a painful (and deeply ill-judged) falsetto vocal performance. ‘Permanating’ sounds a little like A-Ha attempting to cover 'Mamma Mia' in the style of The Beatles (unfortunately it’s not as good as that sounds). Two tracks later the record reaches a true low point, with the awful post-grunge nonsense of ‘People Who Eat Darkness’ (featuring some of the worst lyrics Wilson will ever write).

That’s not to say there aren’t any highs. There are hints of Wilson’s songwriting strength peppered throughout. ‘Pariah’ makes the most of the excellent vocal support of Ninet Tayeb (who also featured prominently on Wilson’s last LP). ‘Refuge’ slots nicely into the middle of the record. ‘Song of I’ is an interesting take on latter day Massive Attack, even if its lyrics don’t quite convince, whilst ‘Song of Unborn’ is a serviceable enough closing track. As a whole, however, the album is just a mess. Its cherry picking from the various most accessible ends of Wilson’s musical spectrum isn’t progressive, it’s just stylistically indecisive. The album still feels like a rock record, but the guitar-led tracks are uniformly less interesting than those that largely focus more on keyboards or electronics (and even these tracks tend to feature unnecessary guitar solos or full band crescendos).

Despite its occasional high points, then, To the Bone feels rudderless and – at its worst – idealess, especially over its hour-long running time. This record may showcase adeptly Wilson’s love for 'progressive pop', but it also demonstrates a surprising lack of nous for putting an album together based on this concept. One can only speculate, but ultimately the impression given is that Wilson has focused more on the idea of writing a pop record than on actually delivering the goods. There are hooks here, but they are scattered and often attached to tracks that come worryingly close to mediocre exercises in MOR. I remain convinced that Steven Wilson is capable of producing a great pop album, but this sure as hell isn’t it.