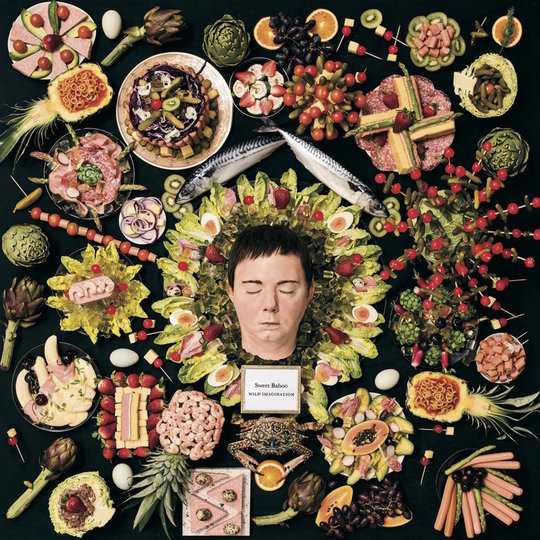 Watch the world through the window of the internet, newspapers and the TV and the planet comes across as particularly vicious and poisonous place just now. We’re living through harsh, troubling times and it’s not easy to deal with. Turning the TV off, running away, shutting your phone down, staying in bed - it’s a tempting response. Everyone needs some respite. Everyone needs lightness. Acts of self-care are important.

As acts of self-care go, you could do worse than Wild Imagination, the sixth album from Cardiff’s Sweet Baboo aka musical Swiss army knife Stephen Black. Black set out to write a tonic for the times, reacting against the darkness by pretending it’s not there at all. From the off there’s the sweet scent of summer in the air, as the mini-instrumental ‘The Gardner’ wafts around in brassy splendour. It’s the distillation of a lazy day in the yard, watching the washing flap on the line under a blue sky. It doesn’t have the drone of passing bees, but it probably should. It sets the tone for an album of hymns to happiness. Black is here to celebrate the “clear and beautiful sky/” where we “don’t worry about tomorrow”. There’s a lightness of touch across these ten songs, and the tone is carefree rather than relentlessly cheerful. It’s a celebration of the ordinary, reminding us that even when everything is heavy “the weather here is good, some of the people are okay too”. It’s nice to have it pointed out. After all, as mottos go it’s hard to argue with 'always look on the bright side of life'.

Those familiar with Sweet Baboo’s gentle approach to indiepop will find little to surprise them here. ‘Clear Blue Skies’ takes the lightest of tom-tom beats and allows its cumulonimbus melody to cast drifting shadows on the fields below. ‘Wild Imagination’s toy-synth-and-light-jangle schtick is so charming it makes Belle & Sebastian sound like Slayer. ‘Pink Rainbow’ is the pastel-funk sound of Beck enjoying a strawberry mini-milk, with a keyboard solo beamed down from the celestial cloud where Prince is throwing down a surprise show for the heavenly hosts. It’s all rather fun.

The nicest aspect of this thoroughly nice record is that Black manages it without sounding either insipid or cloying. 'Nice' isn’t a review that most musicians are looking for. 'Nice' doesn’t look great on posters or capture mass imaginations. “Nice” doesn’t break hearts. Hugging your granny is nice. Tickling your cat under the chin is nice. Those sweet biscuits with the granulated sugar on top are nice (and also Nice). But Wild Imagination is nice. It’s really nice. It’s pastoral, it’s freshening and it eases the load. Sometimes it’s okay to be nice. “Hold on to that smile” sings Stephen Black, because “these are wonderful times to be alive”. Looking at the shit storm sliding off the front pages, it’s a comforting thought.