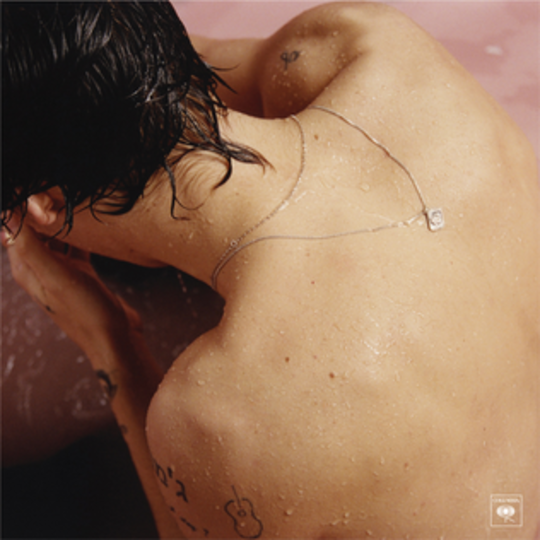 Who is Harry Styles making music for, exactly? There's a lot of conversation surrounding the One Direction sensation at the moment, and it's all more intriguing than the hollow karaoke assembly he’s chosen to lead off his run as a ‘serious artist'.

There's been talk about whether or not he is suitable for ‘grown-up’ ears, while other notable writers have invoked David Bowie, or prostrated wildly – such as in the Rolling Stone profile penned by Almost Famous director Cameron Crowe; a piece which worked overtime in the ‘gushing’ department.

The latter press clipping is where you find Styles taking the time to hail teenage girls for having more music taste credibility than they are traditionally recognised for. It’s a sincere gesture from a smart young man who knows his audience and appreciates the opportunity to tune into their frequency, but will they tune into his? If he’s on the money about that particular demographic being into the classics, then he may consider the mission accomplished, as Harry Styles the album is highly concerned with people and stylistic techniques that have made a mark long before him.

From start to finish, Harry Styles is a series of impressions. One minute he’s Elton John, then he’s Beck, then he’s Mick Jagger, then he’s The Beatles—and then he’s every milquetoast singer/songwriter blanding up the local boozer on an equally nondescript evening. There isn’t a single trace of Harry Styles the person on these ten songs. None of them belong to him, nor is there a tangible feeling that he’s greatly enjoying what he’s doing.

‘They’re our future’, noted Styles in his aforementioned shout-out to young women. In the fickle, immediate world of pop music, they represent our shining present as the vast majority of male solo acts continue to paint the town grey with a homogenous, tame sound that strangles the opportunity for individual expression. It’s kind of incredible that a project with this level of investment and a seemingly driven character behind it could result in such a void. There’s something especially eerie about listening to music and feeling absolutely nothing, to the point that it becomes inherently depressing if you focus on it for too long.

The highlight, that is to say the only real moment of hope, is both instant and fleeting. ‘Meet Me in the Hallway’ unfurls with agreeable haze thanks to lacquered bass-notes and serpentine guitar that Styles is eager to shout over - raising his pitch much too quickly and embarking down an unwieldy vocal path that eventually buries the simple arrangement with it. Strike one where there was no real need for it, and it only continues from there.

Vaunted lead single ‘Sign of the Times’ fails to connect any better in context; it’s still a laboured lift of ‘Angels’, with a surreal use of slide guitar, clunky lyrics, and a grandiosity that registers as misjudged self-indulgence. Speaking of flying too close to the sun, the irritating ‘Sweet Creature’ represents the latest futile attempt at a ‘Blackbird’ reworking while more jaunty fare like ‘Carolina’ and ‘Only Angel’ haven’t a prayer when one is a cheap ‘Stuck In The Middle With You’ pastiche and the other drops clangers like ”it turns out she’s a devil between the sheets” without a hint of irony. Pumped-up guitar stomp ‘Kiwi’, meanwhile, sounds like an unholy union between Scouting For Girls and Jet.

In trying to be all things to all fans, all critics, all expectations, all click-bait corners, Harry Styles has failed to make a defining statement. His first shot in anger is an expensive stab at empty imitation. There’s also a troubling sense of a marketing team burning the midnight oil as their top priority is made palatable for every potential audience; think the Harry Potter books with their ‘adult-friendly’ cover facelift. Like the precocious wizard, his name alone is enough to generate huge amounts of money in a matter of seconds, so don’t worry, he’ll be fine. For now, however, there is no cause to celebrate such aggressive mediocrity.