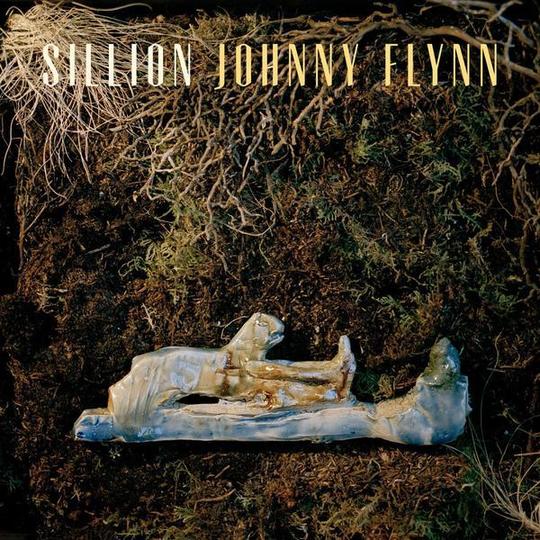 A lot can happen in the space of a decade, especially for a young man like Johnny Flynn. Since his 2008 debut A Larum he’s released a succession of increasingly explorative and earthy records that have seen him meander in and out of the folk scene, and indeed critical favour. He’s also dabbled with stage and screen acting, a burgeoning line of work. One thing that’s never faltered is his devotion to the integrity of his output – always thoughtful, rich and honest, his music is possessed with the soul of a spirited artist.

Originally part of the alt-folk movement that swept the likes of Mumford & Sons and Laura Marling to the dizzying heights they now occupy, Flynn always had something a little more authentic to offer than the former, and something a little darker and more wide-ranging than the latter. New album opener ‘Raising The Dead’ is no different, channelling the protest songs of the Sixties, a theme which recurs throughout the record but never threatens to swamp the diverse influences on offer.

Genre-melding appears to be high on the priority list for this particular outing, an Eastern motif on ‘The Night My Piano Upped & Died’ a prime example that’s cleverly woven with country and blues and trad-folk elements to create a genuinely new and intriguing prospect.

The stretched-tape, country and bluegrass opening to ‘Heart Sunk Hank’ is the perfect example of his fresh approach and brings a unique slant to an occasionally tired format. The use of a Voice-o-Graph, a recording booth popular in the Forties which gave people two flat minutes to make a record, is a particularly thrilling demonstration of experimental production done oh-so-right. The song unfurls beautifully into a rich and full-bodied rendition that creeps cautiously up on the listener, before dilapidating and disintegrating like the end of a roll of burnt out cine film flapping on an old movie reel. The back-and-forth panning vocals here are enough to make hairs stand on end.

Flynn’s penchant for a foray into the darkness is apparent on ‘In the Deepest’, which grew out of a film score commission and was penned during a stint playing a psychopath on stage. Of course it did. Perhaps only naturally, there’s a sense of the unhinged as the track gallops into a frenzied climax.

Although he’s always had a flair for the poetic, on Sillion it seems Flynn has taken another step further into metaphor and fantasy – the lyrical material much less like the personal observations of his earlier work and more in line with the English-countryside-worshipping folk world’s tendency for a poetic rumination on the rolling fields, green hills and babbling brooks of woodlands that most of us are now tragically completely disconnected from.

‘In Your Pockets’ has a touch of Bellowhead’s rollicking disco-folk about it, a welcome change of pace, whilst ‘Jefferson’s Torch’ strays close to Motown territory with the kind of delicious, sprawling electric guitar solo that Dylan fans would have seen him hang for in 1965. For all the intellectual subject matter and political musing, there’s also still a healthy and grounded sense of deeply personal writing threaded through the entire record. No doubt becoming a father for the first time made a lasting impact.

'My Dad died when I was 18, and that was quite a galvanising experience,' he says, 'and there’s often an element of that in anything I’m writing; every big loss that you suffer in life, I think everything comes through the conduit of that. And I had a really strong sense of my daughter having elements of my Dad when she came along, and it made me kind of laugh — that cyclical sense, of thinking of my daughter as my Dad.'

As human beings we often speak in decades to more easily compartmentalise milestones in life, political eras, or periods in music. Sillion presents itself as the sound of Flynn mentally filing away an extremely busy decade of growth and change, exhaling his old life as he breathes in a new one as a father and husband. Perhaps it’s this sense of family that’s found him more rooted on this album, more connected to the earth and its strange cycles of happenings. It takes the old, the battered, the scuffed and the scratched and patches over the cracks with contemporary references and fresh ideas. It’s both deeply familiar and strangely new.

With this album we find Johnny Flynn striding comfortably and confidently into his own future, and whatever the reception to this record, it’s looking bright for this thoughtful and intrepid musician.