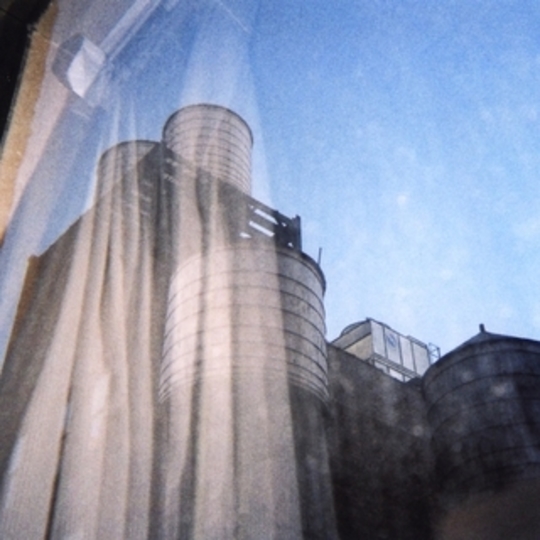 For fans, there is no middle ground with Sun Kil Moon’s recent artistic direction. One either wholeheartedly subscribes to Mark Kozelek’s long-winded folk diatribes or entirely rejects them as inaccessible musical sermons. It seems like forever ago when his band released Benji, which received almost unanimous acclaim from critics for its deft ability to trapeze Kozelek’s personal tribulations and more national concerns rather seamlessly. One could argue the same for portions of the band’s follow-up, Universal Themes, which like its title and predecessor tackled weighty issues with singsong elegance at times and morphed into depressing soliloquies in other spots. With so much going on in the States, it seems only right that the double-disk Common As Light And Love Are Red Valleys Of Blood would be preoccupied with the same sort of world weariness that has marked Sun Kil Moon’s past efforts. For most of the album, Kozelek is making resolute observations in a stream of consciousness fashion by railing against widespread injustices while his whirlwind of session musicians arrange bare yet engrossing instrumentation to accompany him.

While Kozelek manages to touch on politics, tragic events, and celebrity idol worship among many important topics, the thematic elephant in the room is Kozelek turning 50. This touchstone informs much of his content, especially with 'God Bless Ohio', a soulful visit back in time to Kozelek’s birthplace, experiences as a youth, and what led him to pursue music in the first place. The band transitions to much harder instrumentation on 'The Highway Song', where Kozelek comments on various scenes as if he is looking out of his rearview mirror with an acute and curious eye for detail. Interspersed throughout the song are chilling real-life crime stories that Kozelek recalls in his trademark blasé monotone. The narrative interruptions run their course after the first listen however, and so 'The Highway Song' lacks much of the replay value we have come to expect over the years with Sun Kil Moon.

In his current state, Kozelek often dials down the singing to do these rambling spoken word sessions. He sounds extra embittered this time around, as if in his ageing he has assumed the role as an avant-garde father figure. During the nine-minute-long 'Lone Star', by far one of the most gripping songs on the album, Kozelek holds nothing back in his tirade against contemporary America. Despite the song being recorded around the time of the U.S. primaries, he foreshadows a world where a Donald Trump presidency is inevitable because of the ubiquitous online newsfeed culture and individuals’ slavery to technology. He even touches on the issue of transgenders being banned from North Carolina restrooms, the downfall of political journalism, and one of his favourite topics - the futility of social media. 'Sarah Lawrence College Song', with its sleek bassline doesn’t suffer the same fate as 'The Highway Song', mainly because the stories have an eternal quality about them, the students referenced breathing life into Kozelek’s tale.

There is never a singular anecdote or scheme with Kozelek, as he bounces around from topic to topic, providing a kaleidoscope of information in one song. In the commencement of the melodic 'Early June Blues' Kozelek is concerned with ageing, mainly in regards to relationships. On 'Bergen to Trondheim', an enraged Kozelek wastes no time in attacking Omar Mateen, the shooter in the infamous Orlando nightclub shootings and sends his fervent condolences to the families of the victims. He namedrops Muhammad Ali, one of the most outspoken American entertainers as the only one with the answers to the tragic events in Orlando. Perhaps the most absorbing song on the album both in terms of Kozelek’s lyrics and the sonic quality, he addresses terrorism once again on the velvety 'Bastille Day'.

Kozelek seems to go right at the throats of critics on 'Vague Rock Song', where the majority of the song pokes fun at what he deems pointless rock that doesn’t have any sort of message. The concept is more intriguing than the actual song however, a problem that plagues Kozelek on some occasions. But like he says on 'Seventies TV Show Theme Song', “maybe the world has changed and I’m not that kind of songwriter anymore”. There’s no doubt that Kozelek has changed, and for much of Common As Light… his ramblings and sonic backdrop are gripping. Unfortunately, there are many moments when that rambling seems aimless. The good news for fans of Kozelek’s work in its current iteration is that there will be no shortage of worldly events for him to contend with for future projects.