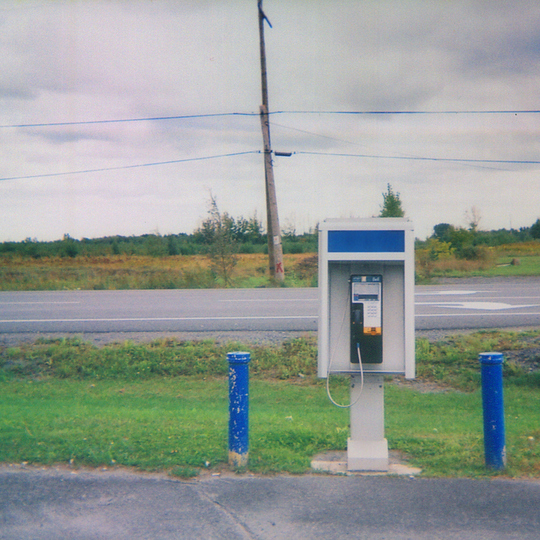 Benji, from 2014, was the moment when Mark Kozelek's Sun Kil Moon dipped a toe in the mainstream. Or at least dallied with taking his shoes off on the bank for a moment. Received as an instant classic, the former Red House Painter suddenly had a larger and more appreciative audience than at any time since the that band’s heights back in the early/mid-Nineties. Having survived on the appreciation of a dwindling core audience and a small selection of effusive journalists over the years, Kozelek’s often unbearably wonderful songwriting, though recently altered in style, now had a larger platform.

Universal Themes does not, as its largely ironic title suggests, really attempt to tackle the vast concepts of loss, death and memory that, er, dogged Benji but instead shifts musical gear and becomes a detailed, transient lyrical diary of sorts – more akin to empathetic hip-hop, with its barrage of reference points and occasional moments of braggadocio, than anything else in the alt-rock/folk/whatever the fuck canon. Kozelek’s obsessions with scattershot minutiae come to the fore here. On ‘Ali/Spinks 2’ for instance we hear him leap, equally enamoured, between Powers Boothe, Ry Cooder, Marx, Einstein, Freud and Maurice Ravel then it’s over to The Doors (“I didn’t care for the perspective of John Densmore” he notes sagely), True Detective and one of the recurring lyrical notes that he hits clean and true during the record – the ailing health of his close friend Theresa and his unending concern for her.

He explains his obsession with seemingly minor distractions on ‘Garden of Lavender’ detailing how “... they shut off things that hijack my brain and help me tune out what can cause me pain” but within the same song also describes how seemingly tiny, barely glimpsed moments can reveal a world of wonder and heartache : “I hear the sound of my girlfriend’s car coming up the driveway and it fills my heart with joy / Though I know it’ll all end one day and someone else will be sleeping in my mountain house / Wondering who lived here before just like I sometimes do”.

So specific is Kozelek at times that he’ll actually note the precise date and time of events – on ‘Little Rascals’ it’s “the first of February, 1.28am”; that song also reveals the age of death of Kozelek’s girlfriend – 34. It’s a song that sums up the dichotomy of the record – Kozelek’s tendency to veer between incredible, sensitive poetry and unabashed cynicism, cruelty even. One moment, when paying tribute to drummer Steve Shelley he comes out with the horrifying “When you’re my friend I’ve got your back for life/ You hurt anyone I care about I might slice you up real nice”, seconds later he’s falling “under that kitty-cat spell” as he interacts with a tabby, then finally noting serenely that “I try to count my blessings / It’s a beautiful world”.

On the amusing ‘Cry Me a River Williamsburg Sleeve Tattoo Blues’ he takes on the role of a disgruntled fan – “It’s 2012 but I like the ones from 1992” – before comparing his perceived misery with that of people who have populated Kozelek’s life; a friend born with a birth defect; a ten-year-old killed in a hunting accident; a boxer killed in the ring. So far, so heavy-handed (though undoubtedly effective) but suddenly he begins riffing “You go quack, quack, quack, quack like a little rubber duck / Like a pathetic, whining little child, hater boy fuck…Be glad you’re not a motherfucker sleeping in a ditch, sleeping in the streets, sleeping in your own piss” and, even more savagely he imagines that “Your life could end with a bullet in your head / Or in a parking lot / Or on a cancer ward much earlier than you thought.” It positively vibrates with loathing and disgust. It makes you wonder how this could come from the same mind that, earlier, on ‘The Possum’ offers up “To live another day is much better than to not / And I’d like to die with music in my ears…A sound that evokes good memories of being young…” and in its glorious, Slint-like spoken word section describes the moment of death of the titular creature - “Church bells rang that day…he had to have heard them too.”

Kozelek has often traversed the line between emotional insight and emotional ugliness, yet it has never been so evident as on this record.

Musically there is much to cherish – from the metallic time signature shifts of ‘Birds of Films’ – a tale of Kozelek’s increasing boredom while shooting a Paolo Sorentino movie in Switzerland – to the ragged racket of ‘With a Sort of Grace I Walked to the Bathroom to Cry’ in which Kozelek shows off a strangled scream that sounds like he’s tearing through a vocal chord with each line and the Sonic Youth fuzz-riff of ‘Ali/Spinks 2’ which feels like a real departure, a tortured howl, a rambling racket.

That’s not to say that there aren’t moments of 'classic' Sun Kil Moon sound – both the aforementioned ‘Garden of Lavender’ and the magical closer ‘This Is My First Day and I’m Indian and I Work at a Gas Station’ have that ethereal acoustic glow that lights up Kozelek’s finest, most beloved work.

The latter song, despite its purposely dumbfuck title, is the album’s heart worn on its sleeve, a wondrous example of what modern day SKM is really capable; While it repeats the earlier concerns of his friend’s ill health and his awkwardness at being on a film set away from home it hinges on the phrase “Yes sir, thank you, have a good day sir” first spoken to Kozelek by the nervous clerk of the title, later repeated as a response to an offer from Ben Gibbard to join him on guitar at a San Francisco performance. It’s a neat, humble conceit and he goes on to relate the details of the night of the concert where he finds himself able to enjoy the show, gets to meet Bob Mould and lastly mentions “It’s February 24th and I still feel a little high from how everything felt last night” – Kozelek sees that his life, if only in fleeting moments, can be breathtakingly beautiful.

This is a remarkable, compelling record that hits the heights of the heavenly poetical but also dredges the deep dark of cruelty and meanness that flashes through us all at times (though through Kozelek more than most it would seem). It’s a great, moving epic of an album that reverberates for hours after each listen – one can only hope that Kozelek will maintain this level of honesty and melody in future work and that we'll be hearing his guitar accompanied diary entries for a good few years to come - at least until the time Kozelek embarks on another shift in tone, an alternate stream in which to run his fingers.