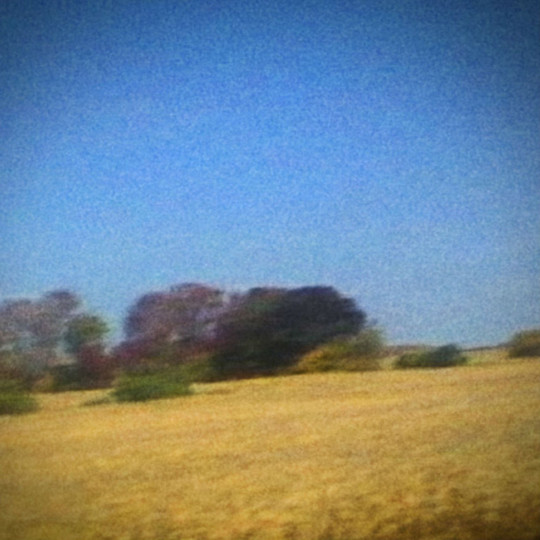 In Autumn 1992, 4AD released one of their benchmark records, Red House Painters’ debut Down Colorful Hill, a six-track collection of demos personally selected by label head Ivo Watts-Russell that perfectly mirrored the cover image – a solitary, black and white shot of a single bed in an otherwise empty room. They followed that up soon after with a self-titled record known better as Rollercoaster which extended the slow, confessional, 'music box sound' style into a double album that was as gloriously downbeat as it was psychedelic, as bitterly regretful as it was filled with sepia-tinted nostalgia.

Over the years since, despite RHP folding in 2001, that band’s leader Mark Kozelek has gone on to release eccentric solo records (2001’s AC/DC covers album What’s Next to the Moon springs immediately to mind), collaborate on more challenging projects with the likes of Jimmy Lavalle and Desertshore, and self-release (via his label Caldo Verde) an abundance of live acoustic albums that span years of appearances at concert halls across the globe. Among his more recent Sun Kil Moon albums, April in 2008 and Among The Leaves in 2012 have shown a progression in songwriting honesty, humour and richness extremely rare to find in a musician of Kozelek’s vintage; in his late forties, it seems, he’s hit a rich seam of stoically told, eminently tuneful tales of his (extrememly) personal life that are currently unmatched in the musical sphere.

On Benji, the confessional comedy of Among The Leaves is abandoned in favour of sober detail. It’s a record about death, dying and the resistance to and acceptance of both. It’s about the long gone past and the lessons history has for us about the future. It’s a Philip Roth novel made song, a Herzog movie on a flamenco guitar detailed by John Hughes and delivered in slow, sweet monotone monologue.

Everyone dies, baby, that’s a fact –and everyone, it seems, Kozelek has attended a funeral for, and a good number he hasn’t (at least not yet) is transported into this 11 song documentary on the fragility of life, what we can expect from it, its conclusions and its fairness (a quick clue on the latter: there isn’t much).

If we’re going to talk about honesty it doesn’t come in plainer packaging than ‘I Can’t Live Without My Mother’s Love’ – a list of things the San Franciscan CAN live without (“Growing old alone, if push comes to shove”) and the one, tear-pricking thing he can’t. People don’t often say things like this in real life, to their closest companions, let alone among the facades, tropes and put-ons of rock music. When the intertwining guitars lead you to the line “Mostly I’ll miss being able to call her and talk” Kozelek sounding like a child, realizing the fact as he sings it, you’ll be done for – the lump in your throat isn’t a cough coming on.

Kozelek has both an uncle (accounted for here on ‘Truck Driver’) and cousin (the eponymous ‘Carissa’) who have died, well before their time, in freak accidents involving aerosols being mistakenly thrown into rubbish that they then burned in their respective yards. The latter is, predictably, impossibly moving – listening to a devastated middle aged man struggle to comprehend the meaningless nature of death, the horrible, coincidental nature of How Things End is tough – but this is a record of endings and there’s no avoiding it. “I need to find some deeper meaning in this senseless tragedy / Oh Carissa I’ll sing your name across every sea” croons a broken Kozelek – there’s a refusal of the finite nature of life here too – however pointless it all is, Kozelek’s determined to find the poetry in the eulogy.

“Mark, say a prayer for Newtown / I ain’t one to pray but I’m one to sing and play / For women and children and moms and dads and brothers and sisters and uncles and aunts”

Prompted by a letter from a fan he recounts finding out about various mass murders on hotel room TVs on recent tours – the “Batman killer” CNN was “promoting”, James Huberty (“He was from my hometown”) and even the Breivik killings about which, at least among his friends “no-one really cared”. ‘Pray for Newtwon’ is a pitch-black subversion of his infamously amusing travelogue ‘UK Blues’ – this time his journey just being another way to receive news about death. Indeed he’s on tour and has just heard news of his casting in the Cameron Crowe film Almost Famous when he gets a devastating call later on during ‘Micheline’.

Later still our partial theme of Kozelek’s empathy with murdered strangers is reprised on ‘Richard Ramirez Died Today of Natural Causes’ which deals with both the infamous Night Stalker killer, the random nature of both the lives he took and his own death while managing to squeeze in a grinning gallows gag along the way, stating that on hearing about the death of James Gandolfini he noted that he was “the same age as the guy who’s coming to play drums”(Sonic Youth’s Steve Shelley who is used sparsely and effectively across the album).

Kozelek loves his ephemera, his vivid memory conjuring all kinds of pop culture pinpoints to fill the vision of his stories. From ordering “Domino’s and watching Happy Days” on ‘Truck Driver’ to being made to listen to Edgar Winter’s ‘They Only Come Out At Night’ as punishment for coming “home from kindergarten crying because they sat me next to an albino” during ‘I Love My Dad’ – this kind of context gives a visual aid that doesn’t necessarily dull the grief, if anything throwing it into full illumination. It’s only on ‘Dogs’ though, that Kozelek’s dedication to truth comes across as embarrassing. Beginning beautifully with crisp Sparklehorse studio sounds he offers up an uncomfortable ramble, a litany of sexual awkwardness (Shelley and Amber giving him his first “taste” when he “went down on them both at Shelley’s parents place”) that culminates first in him protesting “how good it feels to come” then bemoaning a romantic world where “nobody’s right and nobody’s wrong”” (keep telling yourself that, pal). It’s the first time on the record he sounds like the unlovable author of ‘The Bird Has A Broken Wing’ from Among The Leaves and it sure as hell ain’t pretty. But what it is? Fucking honest.

Where Kozelek’s approach works best, and to strongest effect is on the 10-minute plus ‘I Watched the Film the Song Remains the Same’ which has the tremulous, time-machine grace of Red House Painter’s last great album Songs For A Blue Guitar. It’s a portrait, mounted on intricately manipulated nylon strings, of Kozelek’s teen experience “at the midnight movies…at a Canton, Ohio mall / With some friends one summer weekend”. He gently chastises the world for its carelessness (“…when the girl who sat in front of me in remedial was killed in an accident and quickly forgotten about at school”) in a voice as close to Neil Young’s as he’s ever managed – cracked, sometimes high, beguilingly lonesome. The moment that perhaps lies at the core of the record isn’t even the telling “From my earliest memories I was a very melancholy kid / When anything close to me at all in the world died / To my heart forever it would be tied” (though that runs it close) but a seemingly brief aside in which Kozelek hits and humiliates a boy in a schoolyard fight: “Though I grinned deep inside I was hurting / but not nearly as much as I’d hurt him…it was only one incident and it has always eaten at me…wherever you are, that poor kid, I’m so sorry”. Among the randomness, the tragedy, the melancholy we get the deepest, truest condition of all: the old bastard that leans hardest on the shoulders, guilt.

Kozelek speaks then of Ivo Watts-Russell, “It’s been 15 years since I last saw him…he’s the man who signed me back in ’92 / And I’m gonna go there and tell him face to face – thank you” and you might crumble at the humility – not a trait Kozelek is usually associated with. In this context though, it’s perfectly natural.

‘Micheline’ defines this wonderful record, pulling together its every strand – moving from detailed nostalgia to the horrible exploitation of a girl whose brain “worked a little slower than the others” through to the aforementioned phonecall informing Kozelek of the death of his friend Bret. We then visit Kozelek’s Grandma (his repetition of the simple phrase “my Grandma” will fuck you right in, promise) but of course she “was diagnosed at 62 / her kids stepped up to the plate for her and they were there the whole way through”.

To say that you’ll be grateful for the throwaway closer ‘Ben’s My Friend’, a near-comedic moan about professional rivalry and back pain that closes out the album with Kozelek sat in a hot tub and “singing a song about something or other”, is flippant but probably correct. It’s a rare moment of levity on what should, along with those 4AD records from back in the early Nineties, become a career defining album for Kozelek. Benji contains some of the most evocative songs about mortality and youth that have ever been written. Kozelek is a vast, underappreciated talent and this musically gorgeous, lyrically intricate heartbreaker of a record is an entrancing stare into the old abyss – that of course is, as ever, staring right back at us.