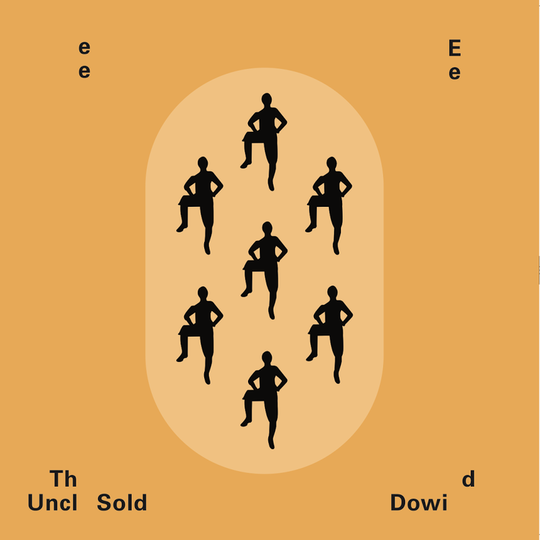 Ed Dowie is one of those artists whose back-story and approach are almost as beguiling as the music itself. Fortunately for Dowie, as spectacular as his story is, his music remains the most compelling element of his debut solo album The Uncle Sold.

Formerly of gone-but-not-forgotten Regal Recordings act Brothers in Sound, Dowie's path to this debut record has been nothing if not circuitous. By way of being a chorister and organist in Dorset, studying experimental music in Leicester, Montreal and York and playing a part in a puppetry, animation and film company, he's been about a bit. To top it all, the album takes its title from the 1995 Kazuo Ishiguro novel The Unconsoled, a unique and inspirational book that takes the reader on a continually evolving, dream-like journey around a non-specified city. This is a thoughtful, thought-out piece of work. Before even pressing play on side one of this record you know you could be in for something special.

I say 'side One' for a reason. This is an album which works fabulously as a two-sided vinyl. Not least because of its exquisite presentation, but also because the sides themselves serve as mini-symphonies. Side one begins with the ethereal 'Verbarhemiopia' which emerges from wistful synths to provide an effecting beginning. From there, the arpeggiating 'Red or Grey' bounces along, showcasing for the first time the delightful penchant Dowie has for layered harmonic vocal pads. Following this, the processed piano of 'Why Do You Live in France?' (a very good question indeed) heralds a change of pace. As Dowie asks "why'd you have a two-bed in Harlow?" his accentuated vocal takes things in a slightly forced-feeling direction. At times reminiscent of the work of Benjamin Clementine, but with more orchestral flourishes, this is demanding stuff. The closing 'Bastard Harbour' is the heaviest and deepest cut on the whole album, a searching ballad which belies its relative lack of instrumental muscle to pack quite a punch.

Later, on the album's other side, 'David is Unwell' is another of the album's building songs. A simplistic synth-brass accompaniment is gradually augmented by melodic synths and other instrumentation to create an effective mood piece. 'Questions To Ask Felicity' is a darker, almost eerie ballad. Some gorgeous vocal effects augment a potent main plucked string figure, producing devastating results which cause the listener to sincerely hope that Dowie is ok. Album closer and highpoint 'Richard' is perhaps the record's most driving song, the closest thing Dowie presents to a conventional alt-pop song here. A 1.07 introduction builds atmosphere redolent of the best moments of Steve Mason's strongest moments, pulling you into its orbit and never letting go throughout the song's hypnotic sojourn. “Richard, you've come through the dark and seen sorrow', Dowie intones and you certainly believe that the subject of the track has seen the darkest of what life has to offer. It is never clear whether he emerges out the other side, even as the song builds to a gloriously understated conclusion.

This is an album that requires time and focus, not an easily digestible listen, but one which ultimately satisfies deeply. It has taken me several weeks of listening every so often and gradually being pulled into its web to truly feel like I understand it. This was greatly helped by listening to the album on vinyl. Perhaps you'll take the leap of faith and do likewise.