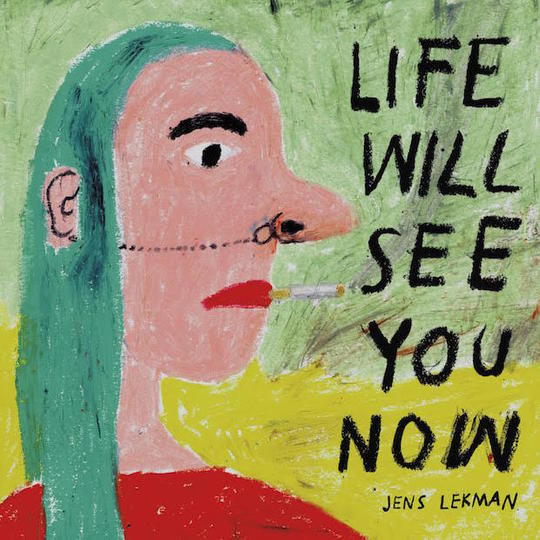 Once it all seemed to come so easily for Jens Lekman. During the mid-Noughties, the Swedish baroque pop troubadour churned out a spate of perfectly-crafted singles, EPs and full-lengths, peaking with cult LP Night Falls Over Kortedala.

Lekman’s tunes of sample-heavy heart-on-sleeve whimsy seemed to flow effortlessly and won him legions of fans across the globe (including the actress Kirsten Dunst, who found herself immortalised in one of his songs by the turn of the decade). Fast-forward a few years and Lekman’s ascendancy stalled somewhat, largely as a result of his underwhelming third album proper, I Know What Love Isn’t, released in 2012.

By his own admission, the singer took the knock-back badly: ‘Going on tour and playing that album live was tough’, he writes in the typically forthright personally-penned press release that accompanies his latest effort, Life Will See You Now. ‘A lot of shows were half-full and some nights it just felt like everyone was waiting to hear the old songs. I became sick over and over on those tours. Hypochondria and anxiety’.

Still, Lekman continued to write after returning home, albeit interrupted with periods of writer’s block and aborted recording sessions. The light at the end of a dark half-decade of the soul was the completion of his marathon Postcard series of internet releases – 52 songs released, one a week, over the course of 2015 – and the WWJD Mix-tape, a sample-heavy half-hour featuring three new tracks.

It’s perhaps the latter of these projects which most influenced the direction of Life Will See You Now, which sees Lekman opt for a new sonic palette and draw influence from funk, electro, gospel and disco. To aid his rhythm-focused approach, former Chemical Brothers collaborator Ewan Pearson was enlisted on knob-twiddling duties. The producer’s influence on arrangements is felt from the off as the fragile piano intro to opener ‘To Know Your Mission’ gives way to stuttering electronica. Lekman soon grabs the wheel again, as his penchant for Scandi-schmaltz rears its head and doo-wop backing vocals crash head-first into 80s synth bells. It’s a heady and bold mix that sets the tone for the rest of the record.

The record’s most wonderfully bombastic arrangement is reserved for ‘How We Met, The Long Version’, the track’s title a wonderful understatement as Lekman tells the backstory of a relationship, taking it all the way back to its ultimate (if faintly ridiculous) start-point – that of the forming of the universe, backed by shimmying funk guitar and fizzing trumpet lines. Special mention too for the calypso percussion and pugilistic popping bassline on centrepiece track ‘What’s That Perfume That You Wear?’.

Lyrically, Lekman’s historic passion for storytelling continues unabated from previous records, although the tone has noticeably shifted to darker territory - where once he sang odes to his hairdresser, Lekman now sings of a friend with cancer (‘Evening Prayer’) or 3am existential crises (‘Postcard #17’). All the while however, the upbeat, dance-influenced arrangements keep motoring away, often incongruous to the lyrics, but never jarring. It’s in this ever widening and narrowing gap that the magic of Life Will See You Now lies.

Life Will See You Now doesn’t quite hit the heights of 2007-era Lekman, but in his mid-thirties, Gothenburg’s favourite son remains a vital artist. May it not be another five years before he returns.