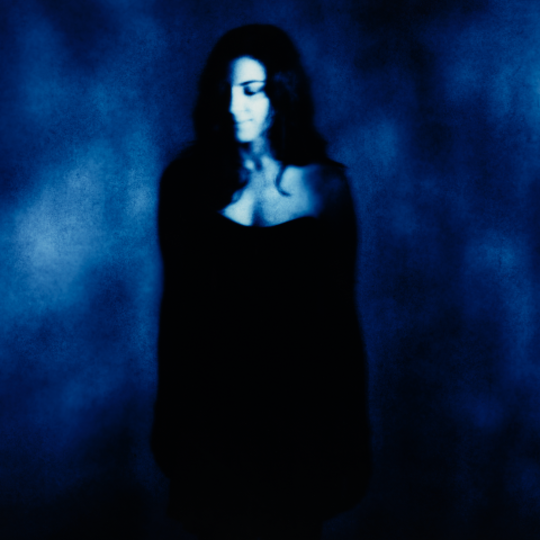 On The Salted Air, Beirut-born singer Nadine Khouri has written up a pocket-sized book of lullabies, and gothic shanties, whose sounds and lyrics evoke a series of wondrous daydreams and sorrowful, mood-filled, late-night tales. Muted, soft palleted drums and gently plucked ukuleles, combine with piping organs, screaming from the depths of the deepest oceans, all tied together by Khouri's softly-worded and temperate voice.

Likened to Mazzy Star, the London-based singer has been haunting British folk-singer venues for some time, but she didn’t come to winder notice until being picked up by part-time PJ Harvey collaborator John Parish, and featured on his Screenplay LP in 2013. Following on from there, Parish went on to produce and contribute towards Khouri’s debut, The Salted Air. Undoubtedly the Bristol-based musician added his west-coast tropes to the LP’s aura. Recorded in a darkly lit Georgian vaulted basement, you can feel the wet, sea breeze across the record’s tracks, as you imagine the band take down the recordings to tender candlelight, underground, far from civilisation.

Khouri writes that the The Salted Air is an album that deals 'with themes of loss and transformation,' and 'the desire to trace a trajectory back to an “original” state of being or presence.' Throughout there is a sense of longing, as if she’s looking out across the sea, looking for a past that is no longer there. It’s a touching record, delivered with elegance and beauty, which it has to, when considering the circumstances. Khouri fled the civil conflict in Beirut aged seven with her family, studying in New York, before moving back to London. It’s this sense of displacement, which you can hear, on such tracks as ‘I ran through the dark (to the beat of my heart)’ and the poignant, and touching The Salted Air.

The more up-beat moments on the LP, such as the tribute to Jeff Buckley on 'Shake it like a Shaman', sit in vivid juxtaposition to the heartbreaking tenderness that characterises the record as a whole. Khouri has been receiving critical acclaim already and it’s easy to see why. The tenderness, and longing in her songs are inescapable; it’s subtle and affectionateness are feelings long sought after in today’s landscape. We should long for more Khouri.