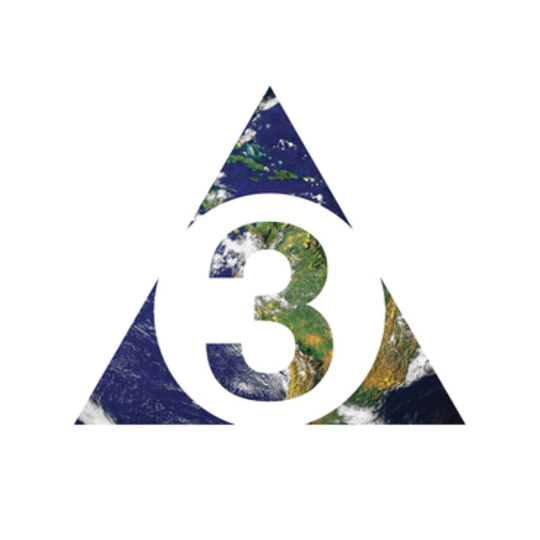 As one of the most consistently prolific songwriters of the past 25 years, Anton Newcombe needs little by way of introduction. In the last 18 months alone he's he's either written, contributed to or overseen the release of four records, three of which were with his band The Brian Jonestown Massacre, themselves on album number 15 since putting out debut Spacegirl And Other Favorites back in 1993.

While the psychedelic rock scene continues to thrive, many of its successful incumbents deeply in thrall to The Brian Jonestown Massacre, Newcombe and his band continue to move further away from what's fast become the traditional sound of psych. Looking to both the past and future for inspiration, Newcombe isn't known for resting on his laurels and Third World Pyramid consummately demonstrates that.

As with many of its predecessors, particularly those more recent entries into Newcombe and the BJM's canon, Third World Pyramid enlists an array of sounds, styles and ideals across its nine pieces. Inspired in parts by last year's Musique de Film Imaginé - Newcombe is currently working on the score for the new Philip John directed flick 'Moon Dogs' - as well as the more conventional elements of psychedelia. Third World Pyramid represents a diverse assortment that stretches the imagination somewhat while ensuring Newcombe's status as one of the psychedelic rock scene's most pivotal innovators remains firmly in tact.

While Third World Pyramid's cover artwork might closely resemble the Spacemen 3 logo, that's the closest it gets in comparison to any of the bands whose influence undoubtedly had a major impact on Newcombe and his band's earliest incarnation. As well as the aforementioned cinematic soundscapes, Third World Pyramid also incorporates a fusion of traditional folk coupled with Eastern and South American influences that channel the notion of psychedelia as it was originally intended to be. Forward thinking, cohesive and intrinsically mind-expanding.

Opening with the solemn 'Good Mourning', Newcombe's spouse Katy Lane taking the lead vocal on an acoustic lament that's part Nico, part Country Joe And The Fish in its make up. "Dying faces all I see" she intones over a wistful, if occasionally pastoral arrangement that sets the scene enigmatically for what follows.

Both 'Government Beard' and 'Don't Get Lost' find themselves bathed in orchestral arrangements. The former's symphonic sound not that dissimilar to the most adventurous moments on My Bloody Valentine's mbv or even The Beatles' mid-late Sixties fusion of brass with traditional elements of rock and roll. Meanwhile on the latter, once again ignited by a similar fusion of styles it could easily sit on any Brian Jonestown Massacre record from Their Satanic Majesties Second Request onwards.

Indeed, it's been Newcombe's constant refusal to confirm that's made them such a prodigious outfit and there's little in the way of uniformed conformity here. At nine-and-a-half minutes long, 'Assignment Song' stands tall as the centrepiece of the record. An elongated folk number that depicts sadness and melancholia yet oozes tenacity all the same.

The Eastern tinged instrumental 'Oh Bother' follows suit, its stomping rhythmic underbelly made for the dramatic scenes of an updated take on film noir. Likewise 'Lunar Surf Graveyard', another instrumental piece that bears all the hallmarks of a celluloid soundtrack in waiting.

Better still is the title track, a piledriving psych rock headrush similar in feel to Dead Skeletons' 'Dead Mantra'as Ricky Maymi and Ryan Van Kriedt's guitars take control while a collusion of male and female remain eerily low in the mix. 'Like Describing Colors To A Blind Man On Acid' is perhaps the nearest Third World Pyramid gets to traditional BJM - if there is such a thing. Combining three minutes of classic rock and roll with Newcombe's distinctive vocal, its arguably the most instantly recognisable by way of artist piece on the record.

Closing with lead single 'The Sun Ship', a Sixties-inspired number that recalls The Monkees' Head soundtrack in both style and execution albeit with a slightly more sinister edge.

In summary, Third World Pyramid could be renamed 'Business As Usual'. However, when business is as productive and efficient as The Brian Jonestown Massacre have been throughout the majority of their existence, it can only be a positive thing.