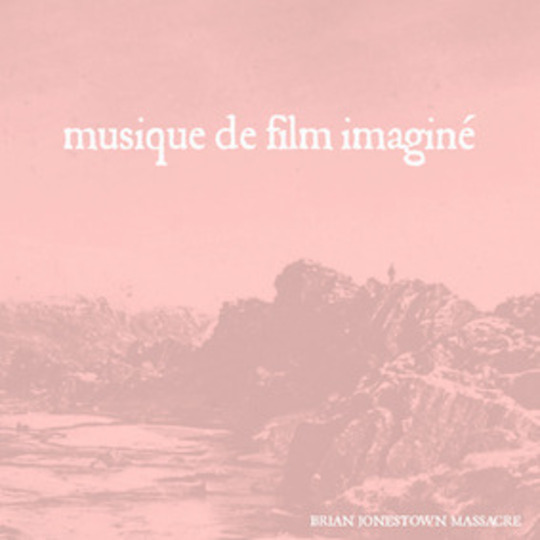 Is 'concept album' still a derogatory term? I dunno, I’m pushing 30, what’s cool and what’s lame is beyond me. Do kids still say 'lame'? I dunno. Anyhow, if it is then my apologies to Anton Newcombe and whoever the hell else is currently in The Brian Jonestown Massacre, not only for always writing their name as 'Jonestwon', but because the idea behind Musique de Film Imaginé certainly makes it sound like a concept album.

'A soundtrack that pays homage to the great European film directors of the late Fifties and Sixties, such as François Truffaut and Jean-Luc Godard (to name but two), created by Anton Newcombe on behalf of the Brian Jonestown Massacre for an imaginary French film.' That’s how the blurb puts it. I think this is a neat idea, but then the nagging worry is that both Anton and I are pretentious wankers who have disappeared up their own backsides.

No, it’s the children who are wrong. Newcombe may have creative carte blanche here, for this is effectively a solo record, but he’s been around for long enough and, you know, a bit good, for long enough not to get bogged down in self-absorbed arseholery. Don’t worry, it’s good. It’s really good.

The thing is, we have to choose how we judge this album: on its concept, or just as another album in BJM canon. Conceptually, I’m not entirely sold. For one thing, the Fifties were Hollywood’s golden age and European cinema was no longer the powerhouse it was in the earlier part of the 20th century. I don’t want to criticise Newcombe for his own interests, but it feels a bit niche.

Secondly, this is the soundtrack to an imaginary film I’m struggling to picture. It’s actually a smart move by Anton, as he could, rightly, cite my lack of imagination and/or unfamiliarity with the works of Truffaut, Godard et al; if I can’t picture a movie despite having a pretty blank canvas to work with, that’s my fault, not his. I will, however, point out that many of these songs – especially those with vocals – feel like rock music and as such anachronistic for a time when films had scores rather than soundtracks.

As a standalone album though, this is a rather splendid effort. In fact, from a band whose name invokes one of the worst atrocities in American history and from a man whose past outbursts in interviews could be lifted from a Tarantino movie, it’s rather lovely. Rather than evoke a movie, it evokes atmosphere: dreamlike and melancholy, Musique de Film Imaginé is best enjoyed on headphones in a 40 minutes of detachedly letting the mind drift.

Drifting between the shoegazey – lead single ‘Philadelphie Story’ has a Loveless sound with French singer SoKo going full Bilinda Butcher – and the almost whimsical, xylophones that dominate the songs at the back of the album, this might well be Newcombe’s/The BJM’s most romantic record. ‘L’ennui’, for example, is slow, minimalist and yearning without getting boring.

Perhaps this is the point though. Never mind that much of this sounds like the kind of thing Danny Elfman might compose if Tim Burton ever required him to use some imagination; no one watches Jules et Jim (the Truffaut film, not the band, you uncultured yobbo... do people still say yobbo?) for the reasons they watch the works of – to pick three at random – Nolan, Scorcese or Abrams. These are films that fill the moviegoer with nostalgia, whimsy or whatever; they go beyond what’s happening on screen and are about emotion and sense. Musique de Film Imaginé isn’t quite the most moving album you’ll ever here, but, more than most, it works.