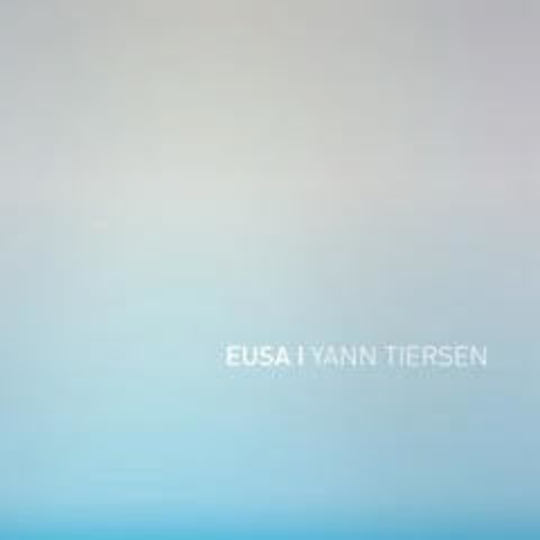 Say the name Yann Tiersen to somebody and they’ll probably immediately think of the Amélie soundtrack. While they'd be correct – he did indeed write it – it’s also wrong, insofar as there is much more to Tiersen than this one iconic soundtrack. Since 1995 he has released a slew of critically acclaimed album starting with La Valse des Monstres, written for theatrical adaptations of Tod Browning’s 1932 classic Freaks, and ending with 2014’s ∞ (Infinity) . Now he has returned with his most personal and cohesive album to date. Eusa is named after an area of France where Tiersen lives, Ushant Island, which is off the Brittany coast in the Celtic sea. Tiersen recently said of the creative process 'Ushant is more than just a home, it’s a part of me. The idea was to make a map of the island and, by extension, a map of who I am.' Therefore each track is named after a location on the island as Tiersen explained 'To begin with I chose ten locations on the island and made a series of field recordings at each of them.' Originally the songs were just pieces of sheet music, with a photography by Emilie Quinquis and the GSP coordinates. When Tiersen had all the pieces written he decamped to Abbey Road Studio 1, with the field recordings, to record the album that then became Eusa.

The music contained on Eusa is mostly minimal instrumental solo piano pieces, with a smattering of field recordings thrown in to create a sense of atmosphere. This is the first time in his career that Tiersen has stripped everything back to its barebones. It’s refreshing, as in the past the vocals, and production, got in the way of the beauty of Tiersen’s tender piano. Tiersen’s playing is delicate and full of character, like the Ushant itself. Eusa appears to be broken up into definite suites or phases. The suites are titled ‘Hent I-VIII’ and these are the original field recordings Tiersen made on Ushant and tie everything together. Hent, in Breton, means Path so these interludes help to connect the locations together and give EUSA the feeling of space, movement and, at times, isolation to the song. At first I didn’t really get the importance of these tracks, thinking they were just ambient ‘filler’ but after repeat listens these droney field recordings are indispensable, as their name suggests, they lead you through the album, and the island.

At times during Eusa Tiersen will play a couple of notes that sound like some of his earlier works. When you hear them all the emotion and memories come rushing back and Eusa starts to take on a new meaning. This isn’t to say that Tiersen is plundering his back catalogue for a few sentimental highs, far from it, but there is something wonderful to hear those motifs again. With Eusa Tiersen is back to his best. The music is stripped back, the majority of the album is just a just a man and a piano, so the concept is simple. That isn’t to say the music is, far from it, it’s about as simple as Philip Glass or Michael Nyman, but there is an honesty and charming elegance to Eusa that stays with you long after the album has finished. Each song is chocked full of inventive counterpoints and melodies making it the most cohesive album Tiersen has released for a decade. With each listen you uncover another facet not just of of this complex and charming album, but of yourself too.