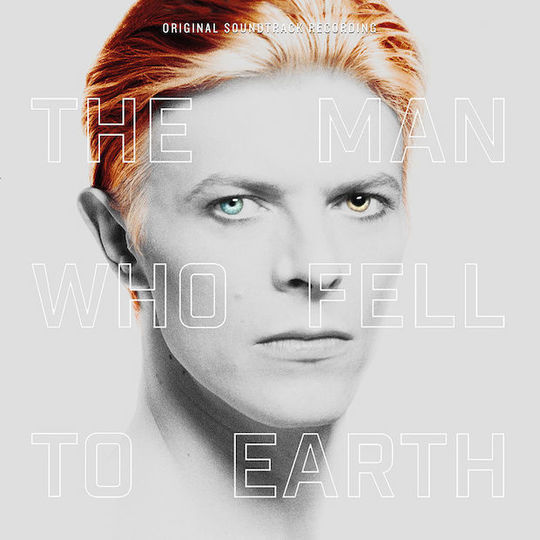 The latest issues from the David Bowie vaults aren’t so much cashing in on his death as carrying on the constant, bewildering process of reissuing and repackaging that has been performed on the late legend's back catalogue for almost as long as he’d had a career.

Still, they are notable for completing two bits of the Bowie puzzle: The Gouster is the more overtly soulful version of Young Americans that kiiiiind of got scuppered when Bowie bumped into John Lennon and recorded ‘Fame’; and The Man Who Fell to Earth is the very belated first issue of the soundtrack to his iconic film of the same name.

Technically The Gouster isn’t getting its own release: it’s part of perhaps the most self-parodically representative Bowie reissue ever. Who Can I Be Now? (1974-76) is a 12-disc box set that encompasses the albums Diamond Dogs, Young Americans and Station to Station, plus various period appropriate live records and rarities. There is some of the best music ever made on it, but The Gouster is the only real talking point, so let’s just ignore the rest.

This being 2016, to all intents and purposes The Gouster is just a compilation of outtakes that have been commercially available for aeons, and you should certainly take the Tony Visconti-fanned ‘myth’ of the album – that this is the ‘pure’ version of Young Americans that existed before Bowie hooked up with Lennon to record the ‘silly’ ‘Fame’ and pointless ‘Across the Universe’ – with a pinch of salt. Solely consisting of material recorded at the Sigma Sound studio in Philadelphia, The Gouster omits not only the controversial New York Lennon session, but also the markedly less contentious earlier NYC session that yielded the excellent songs ‘Win’ and ‘Fascination’.

The result is genuinely interesting, a much more soulful record than Young Americans, and an even more radical departure from his glam era than that album proved to be. The opener sets the tone: ‘John I’m Only Dancing (Again)’ is a luxuriant seven-minute slice of proto-disco soul that retains the chorus but ditches almost everything else about the original ‘John…’, a classic Ziggy Stardust-era b-side. Followed up by an alt mix of the six-and-a-half minute Somebody Up There Likes Me, and the similarly length ‘It’s Gonna Be Me’ – a poised, dramatic soul ballad often regarded as the great omission from Young Americans, it’s not Bowie's most avant-garde work, but it is the least immediate start to any Bowie album, three long ballads in a row. The Gouster is a braver record than Young Americans, but is it better? I would say no – it lacks two of the record’s three best pop songs (‘Fame’ and ‘Fascination’) and buries the other one, ‘Young Americans’, deep on the second side (I’m not entirely clear how The Gouster was in fact sequenced – not starting with ‘Young Americans’ is so perverse I wonder if it was just done here to avoid comparisons with the parent album). It also seems like a much less commercial album, and it would be interesting to see how his career would have developed if his first album post glam had been a failure. But it is a genuinely illuminating window into what might have been.

The long-lost The Man Who Fell to Earth soundtrack has a massive picture of David Bowie on the front but is not in fact a David Bowie album. Legend has it that he penned some songs for it, but nobody quite seems to know what happened to them (everyone was on an awful lot of drugs at the time) though as near as I can work out the most accepted school of thought is that he wrote some stuff that was absolutely useless as soundtrack music that probably ended up in the Station to Station sessions. The job of creating original music for the soundtrack together was handed to erstwhile The Mamas & The Papas member John Phillips, who recorded the wantonly ersatz country and western ballads that make up the bulk of the score. They’re kind of awful by design, suggestive of the tacky, tawdry America that stranded alien Thomas Newton finds himself stranded it. But they’re also also kind of magnificent, not least for the fact they were recorded in London, of all places.

The best stuff on there is the eerie instrumentals taken from the records of Japanese progger Stomu Yamash’ta, suggestive of the parched desert Newton lands in. It’s a compellingly weird cocktail of music that makes relatively little sense without the film as reference. And yet it captures something strangely haunting about America’s baked fringes, despite barely qualifying as an American album at all. Like The Gouster’s ‘plastic soul’, The Man Who Fell To Earth is America reflected crazily back at itself, though a cracked lens.