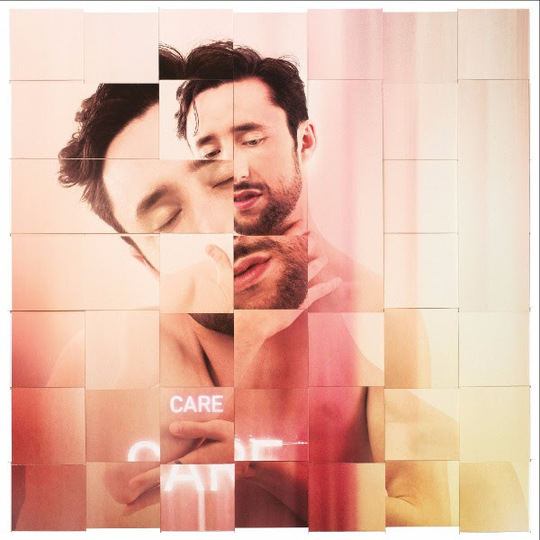 Tom Krell is many things. He’s an artist who approaches his work as How to Dress Well with some severity. You could call him a pop singer, too. He’s a doctor of philosophy, having obtained a PhD from DePaul University in Chicago. He’s an amusing presence on Twitter, where his screen name, until recently, was ‘literally your boy’. Most presciently, though, Krell is also perhaps the most accurate taker of the collective pulse there is when it comes to popular music in 2016. He made his second record, Total Loss, right when icy ‘urban R&B’ of the kind produced by The xx was at its most popular. 2014’s follow-up, “What Is This Heart?”, acquiesced to the fascination of the pop world with a sonic palette dominated by what was big in the Eighties. Krell has done the hard yards. He has earned his position as a tastemaker.

And now, with Care, his fourth LP, he’s produced the pop record that the modern age demands. This is an record that understands the abandonment, by the casual music listener, of the traditional album model, and therefore instead gives us 11 single-worthy tracks that run the gamut in terms of stylistic diversity. Sunny melodies that play like 2016’s answer to ‘Human Nature’? See opener ‘Can’t You Tell’. Detached, bass-heavy balladry, in the style of The Weeknd? That’s ‘The Ruins’. Brass-flecked, easy-going introspection? Covered with some flair by ‘Made a Lifetime’.

The artists who have been the most influential in this second decade of the new century are the ones that have refused to be boxed in by traditional notions of genre; that, like magpies, have been happy to dive upon anything they consider shiny. Krell seemed to make a point of deconstructing pop on his debut, 2009’s spiky, awkward Love Remains, so the fact that three records later it feels as if he’s taking the opposite approach to doing so speaks to his flexibility. Where his past work came across as outwardly cerebral and perhaps even cynical about current pop trends, Care embraces them; it feels significant that Jack Antonoff, who helped mastermind 1989 with Taylor Swift, has contributed to this album, too.

The diversity of the album’s sonic approach is something that mainstream pop has been edging towards for a while now - the likes of Lemonade and Anti join Swift’s latest in that respect - and Krell goes one further by tying in a similar breadth of present-day lyrical themes, from ‘Can’t You Tell’s consent-pop celebration of sex positivity to the mental health introspection of ‘Anxious’ - which, funnily enough, is perhaps the poppiest cut on the album. There is something for everybody here. That he seems to pull off every style he tries his hand at with such assurance is a testament to his talent. Here, finally, we have an artist who seems to make it his life’s mission to move with - and reflect - the times.