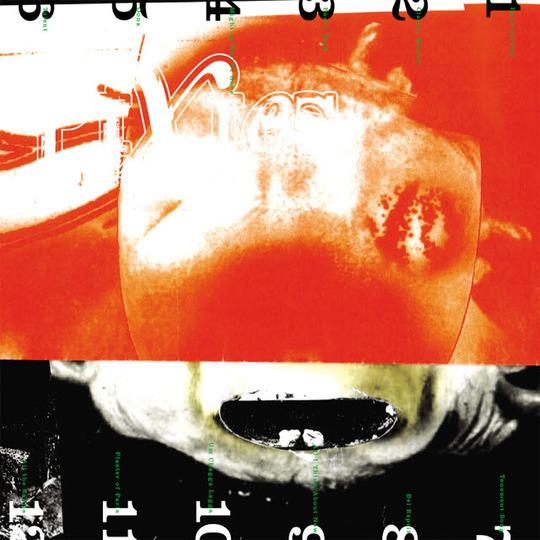 After 2014's largely disappointing Indie Cindy, indie-rock legends Pixies are back for another crack at trying to revitalise their careers with Head Carrier, their second post-reformation full length. Much fuss was made two years ago as to whether this vastly popular, inherently 'alternative' band really needed to make new material at the risk of diminishing their legacy. It was a failure, however, early hype here has promised an edgier return to form but when a band's par is as high as Pixies' that's no easy task. While Head Carrier's opening title track suggests that may indeed be the case, it doesn't take long to see how difficult a task that really is.

Unfortunately, as much as there are some of the typically witty lyrics, catchy melodies and punchy riffs one would expect from Pixies, that in many ways are indeed the problem with Head Carrier. In short, there is nothing particularly new or interesting about the Boston quartet's sixth full-length even if there's not a lot wrong with it. There are some fleeting memorable moments here. 'Might As Well Be Gone' for instance is pleasant enough, with its bittersweet chorus especially capturing the attention. Elsewhere, 'Baals Back' is the promised ball-to-the-wall heavy rocker, heavy metal aping vocals and all, while 'Bel Esprit' is a fairly classic blues rock song done well, reminding us of how talented a songwriter Frank Black can be even with the simplest of resources.
/br>
/br>

At its weakest, however, Head Carrier can sound derivative, or worst, just plain annoying. For instance, you'd be forgiven for mistaking 'All I Think About Now' for Surfer Rosa classic 'Where Is My Mind' at first. Its riff and tone are almost identical, but then to diverge expectations the vocal track ends up being new bassist Paz Lenchantin's best karaoke attempt at Kim Deal's glorious performance on 'Gigantic'. Meanwhile, songs like 'Oona', 'Talent' and 'Um Chagga Lagga' just don't have the same ironic bite their earlier counterparts possessed. Whereas poppier tracks 'Classic Masher' and 'Tenement Song' become infuriatingly infectious in a mostly unpleasant fashion. Towards, the end, the album merely burns out with a whimper via the instantly forgettable final two tracks.

So while Head Carrier may right some of the wrongs of Indie Cindy, it still remains a distinctly average affair from a band once considered the best band on the planet. Too often this sounds like a younger band's best impression of Pixies, or worse, a parody of themselves. While it is encouraging that they're trying, there isn't really anything here that they haven't already done better elsewhere. Pixies' formula has always been mystically simple. In their halcyon days, they took three or four chords at a rock steady tempo and turned them into something magic. While it isn't necessarily fair to compare a veteran band to their earlier glory days, there should at least be something exciting to hold onto in a new release to justify its existence. Unfortunately, only die-hards need apply here.

If You See Me Say Yes