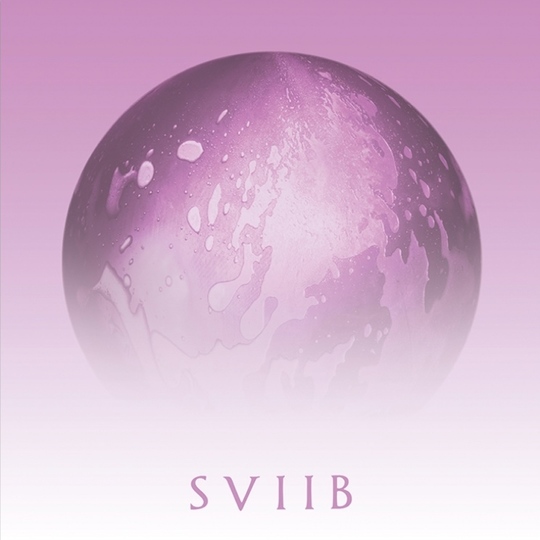 Since the release of Secret Machines’ Now Here is Nowhere, Benjamin Curtis has written the soundtrack to little pockets of my life: indefinable outbursts of humanity which at first appeared mundane, but which I now treasure. In 2010, I moved hundreds of miles away from my family and friends. When I had unpacked, I wandered into town in search of an independent record shop. Upon finding one, I scanned the new releases and was met by the oversized box which housed School of Seven Bells' Disconnect from Desire CD. Since it was too big to fit in any rack, it lived on my bookshelf. I started to use it to keep miscellaneous small objects in – lighters, plectrums, fivers – and it got played all the time. I know that every time I put that album on, there’s a three-year period of my life waiting to pour into my ears. You doubtlessly couldn’t care less, but I can’t tell you how grateful I am for that.

But as much as I attach myself to this story, it’s not about me at all. SVIIB (both album and band) is the tale of Curtis and Alejandra Deheza, cut woefully short by Curtis’ death from T-cell lymphoblastic lymphoma, aged just 35. It’s a record unafraid to open its heart, open its arms and exclaim wildly that two people can complete each other’s lives in an utterly profound manner. These are songs of sadness, sung with a smile.

Befitting its celebratory stance, there’s a little bit of everything SVIIB have put to tape here – buzzsaw shoegaze fuzz, electro-pop bounce and mournful, whispered harmonies. ‘Ablaze’ sits impatiently at the top, rolls every instrument in glitter and fires them at the mixing desk all at once. Underneath, however, is a touching tribute to loyalty and confidence gained through the belief of another.

This is a recurring theme of the LP, and one which is never less than totally heartfelt. Of course everything is handed weight in the wake of Curtis’ departure, but a lot of this record was put together in 2012, before his diagnosis. And that’s important to bear in mind – that Deheza’s unabashed sentiment is not something arisen from grief. It’s a recollection of a relationship still ongoing, giving thanks to the person by her side while they approach the unknown ahead.

However, that doesn’t make that unknown any less devastating when it’s revealed. When Deheza sings ”do you feel better, babe?” on ‘Open Your Eyes,’ it flat-out floors me every time. That SVIIB has the nerve to follow that with ‘A Thousand Times More,’ with its promise that “if I could go through this pain for you / I would” is actually a little too much to bear. To help soften the blow, that song ramps up the New Order to glorious effect, cribbing Peter Hook’s signature gait and splicing it to a big handclap-snare at the centre of the mix.

The whole thing is put together with such love that nothing ever feels like a burden, nor an obligation. First and foremost, this is an LP which can be enjoyed by anyone. You don’t need to know the album’s backstory to be swayed by its charm. ‘Signals’ bounds along on crisp beats and a playful, chopped funk guitar until a monstrous wall of guitar and synth overwhelms it in a rush of serotonin. It isn’t until the third or fourth time through that you realise the lyrics are ”until I felt your hands on my skin / I felt nothing.”

To pick this record apart completely would be to deny the pleasure of discovery. Suffice to say that it’s an encapsulation of everything SVIIB were, and tragically never will be. That we’ll never again see Benjamin Curtis smiling over the top of his beautiful Hagström guitars remains desperately sad, but he’s all over SVIIB. Despite there being so much to drag this album under, it somehow claws to the surface every time. You’ll be smiling at the end, I promise.