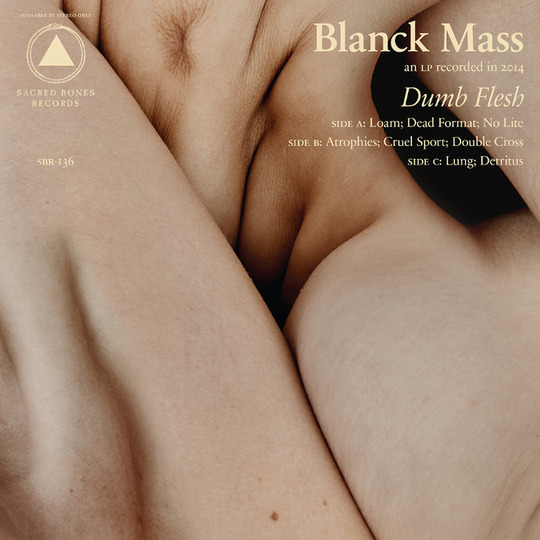 With his debut album, Blanck Mass almost inadvertently created a stone cold classic in the epic instrumental synth music genre, easily ranking alongside the epochal likes of Jarre’s Oxygène, Schulze’s TImewind or Vangelis’ Blade Runner score, all from an entire generation ago.

It felt like a trip to the melodic beating heart of Ben Power’s other band, Fuck Buttons, surgically removing almost every beat, and injecting a heavy dose of benzodiazepine in the process, leaving behind ten slow-moving, drone-heavy atmospheres. You’d be a bit off to call the music ambient - just look at the amp-blasting noise issuing from all sides on super heavy tracks like ‘Land Disasters’, or the Blanck Mass track that was aptly used to fill the stadium during the London 2012 Olympics opening ceremony, ‘Sundowner’ - but it all without any doubt was music that ‘floats’. Even at its harshest, this is gentle music. It’s cosmic and dreamy, synthetic with almost no sign of organic material in sight. 2012’s White Math EP displayed Blanck Mass’ ability to get physical, incorporating danceable rhythms, along with heavier melodies, but this new album takes things a gigantic step further. With Dumb Flesh Ben Power’s leaves behind hazy dreamstates in favour of brutal cybernetic surgical experiments, exchanging contemplation and meditation, for relentless physical action, seemingly armed with a scalpel.

From the beginning of ‘Loam’, it’s clear Blanck Mass has undergone a serious identity shift. A slowed down, sludgy vocal sample traces the outline of a looping lethargic melody, contorted into semi human form. Warm noisy drones grown and engulf the voice, overcoming it with an overture of tones that seem almost left over from the first album, then suddenly the entire mix splutters angrily, shuddering like David Naughton during his painful lycanthropic metamorphosis in An American Werewolf in London, and we jump cut to the album’s beginning proper on the very Fuck Buttons second track: ‘Dead Format’. Here we have the epitome of deadly serious dance music for arenas, all throttling pounding beats, albeit blunted and round-edged, more cyborg than outright robotic. In a recent interview, Power noted his love of Depeche Mode, and the influence of their brand of dark-edged synthetic beat-riding is without a doubt present in Dumb Flesh’s productions. ‘Double Cross’ in particular seems to yearn for a David Gahan vocal to snake its way over the music. Rather, we get a subdued, almost tortured vocal sample, again rearranged to only semi-human proportions.

His approach to structure is perhaps Power’s most resilient trait. The noisy, danceable version of Blanck Mass presented to us here could barely be more different from the project’s initial incarnation, but the contemplative way in which Power’s productions unfurl remains intact. ‘Lung’ barely shifts from the same drum machine loop for five full minutes, only very gradually morphing into a dreamy finale as distant synth melodies become more and more pronounced. The in-yer-face drama of Fuck Buttons takes things up a notch on tracks like the massively heavy ‘Detritus’, where synths blast through distorting virtual guitar amps, and eventually hit a logically dramatic moment for Power to introduce some massive drum rhythms for a stadium-esque climax to the album’s eight-minute closer. If the aim of Dumb Flesh is to musify the crossover between flesh and metal, man and machine, computer and brain, then beyond the cut up samples of singers in a state of anguish, it’s the very organic way these tracks are structured that comes across as the album’s most human attribute. This isn’t so much industrial as it is squishy organic techno.

In short, Dumb Flesh is easily as good as Fuck Buttons’ Slow Focus, but not quite as powerful and punchy as Tarot Sport or Street Horrrsing. It would be foolish to compare it to the self-tiled Blanck Mass album, as the musical aims are so disparate, but it doesn’t quite garner the same gut reaction of, “this is a classic” straight out of the gate. It comes pretty close though. This is hugely muscular electronic music, and it takes on the idea of engaging with a theme (beyond, “hey, dance to this!”) better than the vast majority of modern electronic musicians muster. What’s more, Blanck Mass still doesn’t really sound like the work of anybody else, no matter how many writers pull that very boring John Carpenter comparison out of the air. Perhaps the few tracks on the album where Power seems to shift his focus away from squelchy cybernetic nightmare world of the album’s best moments in favour of more traditional electronic aesthetics are where Dumb Flesh evades true greatness. Either way, this is beautiful, disgusting, danceable, and nightmarish music. It allures and repels in equal measure, bursting with thoughtful concepts and successful experiments in sculpting electronic noises into something danceable, melodic and meaningful. 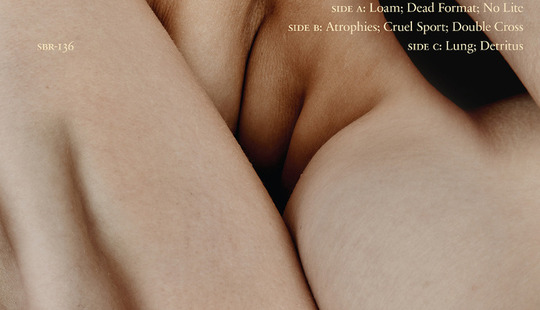