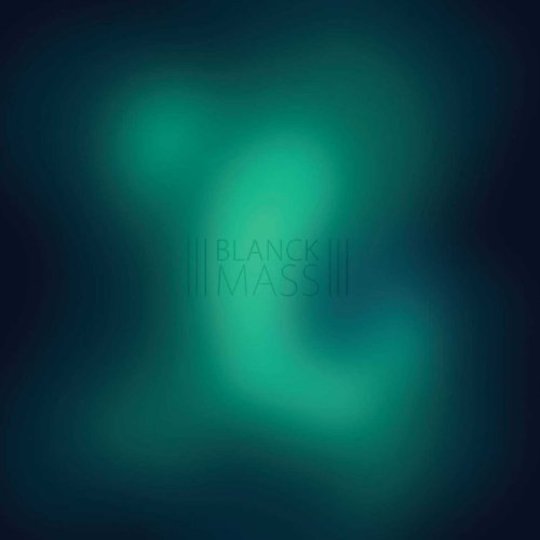 Space is only noise if you can see. Nicolas Jaar doesn't just casually throw this line into his similarly-named album of the year candidate to make the hairs on your arms stand on end (although this is a neat side effect). The notion that sound waves played a part in the formation of the universe has grown in credibility, especially in the last ten years. So much so, that it's almost worth surmising that our ability to manipulate sound waves is likely to be our closest connection to whatever else is out there or whatever else came before. Science writer Robert Roy Britt says it better: 'The early universe rang with the sound of countless cosmic bells, which filled the primordial darkness with ripples like the surface of a pond pounded by stones.'

This might all sound a little fanciful for the average album review, but that's really one of the great achievements of Blanck Mass - its innate ability to broaden thought beyond humanism, beyond simple lyrical extrapolation or personal resonance, beyond throwaway emotions that seemed right then, but feel embarrassing now. I guess it's fair to argue that ambient music - music with no lyrical content or discernible rhythmic qualities - has always had vaguely metaphysical properties. But Fuck Buttons' Benjamin John Power hasn't just cobbled together another half-arsed ambient record that, at best, would soundtrack a nice massage and, at worst, pulls the same trick for 40 minutes. By virtue of its intelligent and subtle use of sonic depth, almost neutral emotional tones and earthy, environmental effects, Blanck Mass is a thoughtful, yet open-minded voyage, likely to reciprocate whatever you're willing to put into it.

And there can be no doubt that ambient music has always felt like the sonic equivalent of ripples cutting through the darkness that Britt describes. That darkness needn't necessarily refer to the blackness of space (although the mis-spelling of the album's titles suggests a possible inference) but any space mass that couples a basic sense of the unknown with feelings of both fear and maybe a little hope. At times, Blanck Mass can transport you to the depths of the ocean, the density of thick forest or simply the vast swathes of black, infinite space that surround you when you close your eyes. But there's something more engaging about the all-too-possible science fiction of space, something more baffling and awe-inspiring about both futurism and creationism and their boundless capacity to conjure imponderable questions and suppositions that feels more in tune with Power's ambient tapestry.

The tapestry itself is rich. As rich as the canvass was for Tarot Sport. With the obvious absence of rhythm, Power has been able to accentuate the backdrop to all of Fuck Buttons' bluster, and like watching a war film without the soundtrack, it's amazing how perversely pretty, even beautiful it can can feel when you stand back from the noise a little. But Blanck Mass is, in truth, quite a bit removed from Tarot Sport. Only by way of Power's thick, relentless layers of high-pitched synthesised organ, Seventies UK sci-fi synth and buzzing power drone, do they feel comparable. At times, it feels like the big 4/4 beats are about to kick into action, but the lack of predictable rhythms keeps you more attached, more willing to give into a mood of thoughtful hypnosis. Moreover, there's a far greater sense of tonality and mood shaping via the album's incredibly subtle key shifts. Power, as though free of the shackles of making relatively commercial dance/club/iPod music, has been able to delve deeper into his soul and explore his connections to what is here and what is possibly out there. And for the vast majority of the record, it feels every bit as plausible and effective as Tarot Sport.

Although Fuck Buttons' last record may have been put in the IDM category, Blanck Mass feels far more like the genuinely cognitive piece, something made intelligently that also requires a little mental effort to understand. If you're not prepared to engage your mind with this record, you'll likely get very little from it. Use it as a tool or an instrument for thought, and Blanck Mass has the capacity to channel and even provoke the kind of cerebral escapism some people sit in floatation tanks or eat more than one or two mushrooms for. Not everybody will 'get' this record. It certainly doesn't do what a lot of people want records to do. But for those willing to sit down and dance in the dark, it might be the cause of the odd ripple, or two.