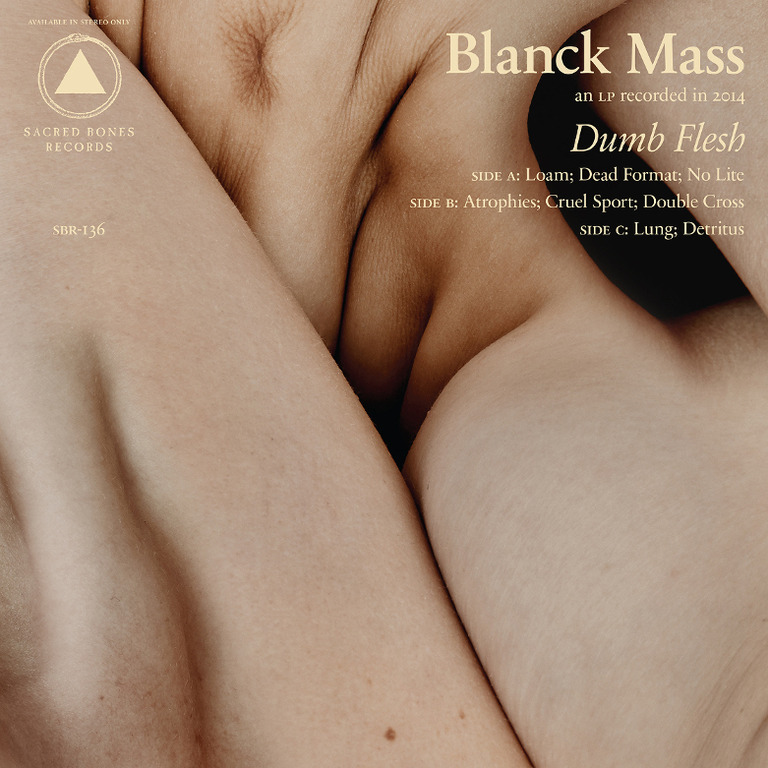 Bursting with thoughtful concepts and successful experiments in sculpting electronic noises into something danceable, melodic and meaningful»

Blanck Mass is the solo project of Benjamin John Power. The Fuck Buttons musician has been making music under the moniker since 2010. His self-titled debut was released on Mogwai's Rock Action in 2011. Power's newest solo offering, 'Dumb Flesh', was written, produced and recorded by Benjamin in a number of different locations over the space of a year. It began life in Fuck Buttons' 'Space Mountain' studio, moved into a windowless attic space in Hatch End, North London, then was finished up at Ben's new home in Edinburgh. The geographical spread of the sessions is reflected in the shifting landscapes of the tracks and the ever-changing sound-palette used to realize 'Dumb Flesh' as an expansive body of work. As a work of art, Dumb Flesh is a comment on the flaws of the human form in its current evolutionary state. The frailty of the human body naturally became a resonant and inescapable part of the album's gestation. "We are at the mercy of our genetic heritage everyday. No matter how intelligent we are compared to other life forms, we're still made up of the same building blocks and things can go very wrong". In particular, the first single 'Dead Format' reflects upon this reality, whilst 'Atrophies' and 'Detritus' acknowledge the organic decay we will all inevitably succumb to. The album went through myriad stages of completion before arriving at this definitive version. Benjamin elaborates "There must have been at least three occasions where I re-produced the whole thing, replacing instrumentation and experimenting with new machines until I was happy with where the evolution of the project had arrived. That's the difference between the subject matter of Dumb Flesh and the process of creating it; an end point can be reached. Saying that, I don't like to stick around in one place too long so we'll see where this leads to next."
description from www.roughtrade.com