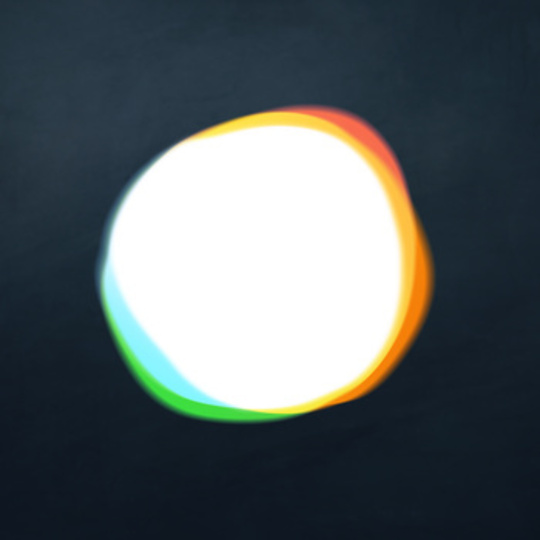 There’s a lot to be said for taking one’s time over things that one truly believes in. Many an artist has emerged from the studio after what, to fans, has seemed an eternity, only to deliver their most convincing effort to date. Many listeners to the last Vessels release – 2013’s Elliptic EP – will have become supremely confident that the long-awaited full-length follow-up to 2011’s Helioscope would be a triumph. More importantly, as the moment at which Vessels solidified their transformation into a band centred around electronics rather than guitars, Elliptic emphasised the wide range of possibilities granted to the Leeds quintet by making such a change.

Unfortunately, rather than exploring those possibilities to the maximum, Dilate turns out to be a rather staid and predictable effort from a band that have previously never been short of ingenious ideas. Over its eight tracks – including ‘Elliptic’ – Dilate is, in fact, less about exploration and more about regurgitation. This is an album that takes many of the most prominent tropes of contemporary electronic music at face value, and obstinately refuses to do anything particularly noteworthy with them.

This does not, in itself, make Dilate bad – for the record, it isn’t – but it is hard to emphasise adequately how surprising it is to see Vessels celebrate the establishment of their new incarnation in the demure style that best characterises this record. Things start relatively promisingly, with opener ‘Vertical’ and ‘Elliptic’ setting the scene nicely by emphasising the textural and rhythmic palate that the band are now working with. As the album continues, however, it becomes increasingly apparent that little progress has been made beyond the sound of these first two tracks.


Vessels - Echo In (Official Video) from Vessels on Vimeo.


In fact, there is only one major deviation from the template of Dilate’s opening moments, in the shape of vocals from Snow Fox, which grace ‘As You Are’ and ‘On Monos’. Pretty as Fox’s voice is, these two tracks are still somewhat frustrating. Given that Vessels have a perfectly good vocalist themselves, in the shape of Tom Evans, it does feel a little like the bolting on of a female singer is a bit of an adherence to trend, and an unnecessarily obvious nod to the work of artists like Andy Stott or Submotion Orchestra. More alarmingly it is indicative of the tendency for Dilate to lack a distinctive sound that may be referred to as Vessels’s own.

That's the main problem with Dilate. Its opening moments signpost the record’s influences – most obviously the likes of Moderat, Luke Abbott, Jon Hopkins and Four Tet – so clearly that one spends the rest of the album with those artists in mind. The seeming reluctance of Vessels to elaborate or attempt to reconfigure the approaches of others means that Dilate never emerges with its own personality. This problem is compounded by the record’s own sense of ill-defined purpose. Dilate is certainly not an attempted floor-filler, which would have been hugely entertaining if the cover of Modeselektor’s ‘Blue Clouds’ on the EllipticEP is anything to go by, nor is it some attempt to provide a new hybrid of post-rock and electronica. Instead it is simply a collection of pleasant and well-arranged modern IDM.

Instead this is just the sound of a band 'going electronic' and, although the results are perfectly respectable, it is pretty hard to argue that Vessels have made the level of progress one might expect of several years of work in the studio. This is a solid attempt by a band in thrall to electronic music to redefine themselves, but it’s their love of this music rather than their ability to explore its limits that is communicated by Dilate.