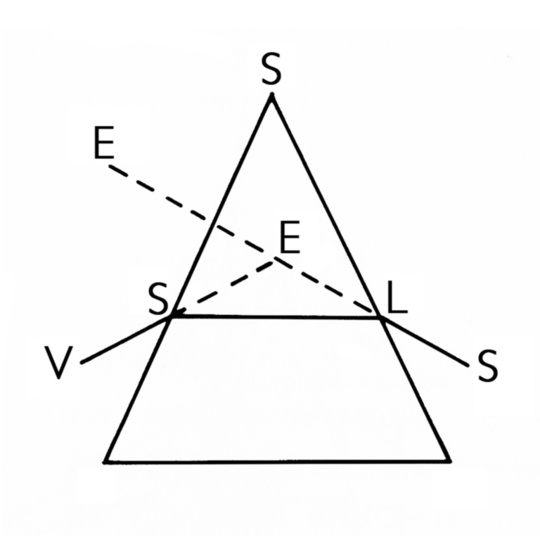 Leeds quintet Vessels always seemed slightly ill at ease with being a “post-rock” band, whatever that means in this day and age. Of course, their first two studio records were crammed with references to a diverse set of musical stylings, but the shimmering guitar crescendos that delivered the climax to many of their tracks meant that, in this fickle genre fixated internet age, they didn’t really have much choice about whether they wanted to be a post-rock band or not.

Anyone who has seen the band live in the last twelve months or so will know that Vessels have moved further than ever from the tag in their most recent compositions. Elements of the band have remained the same, but guitars are less the focus here. Electronics are very much in. On this four track EP it sounds very much like Vessels are trying to consciously reinvent themselves in the minds of their audience, and succeeding.

Elliptic opens with its title track which, which brilliantly balances danceable beats with a real sense of the epic. It’s a soaring piece, showcasing the band’s mastery of synthesised textures as well above everything, but also emphasising that they have retained their ability to pen tracks that are fun as much as they are powerful. That f word is in all the more supply on the following track, a fairly straightforward cover, not radical reinvention, of Modeselektor’s ‘Blue Clouds’. The original was wonderfully daft enough but, honestly, this is every bit its equal if not better. Dance music for the terminally pissed; the exception being drummer Tim Mitchell, who plays his complex parts far better than the inhuman drum machine the band could easily have roped in given their new direction.

‘Myopic Biopic’ is more like the Vessels of old in the sense that it is anchored around non-electronic sounds, at least at first. It reads a little like a collation of various musical approaches, stopping off somewhere in the vicinity of techno, funk and ambient along its path, before exploding into something akin to the glorious electro-tinged (whisper it) post-rock of 65daysofstatic near its conclusion. ‘Come Out of the Sky and Fight This’ tells us a similar tale to ‘Elliptic’, albeit one that closes the EP with slightly less nods and winks than the aforementioned opener. It’s yet more proof that the band are capable of offering epic synth driven tracks, but also acts as a reminder that there’s enough seriousness to the band to enable them to be multi-layered and cerebral as well as direct and stupidly enjoyable.

That contrast has always been a part of Vessels but, on Elliptic, it feels like it has finally come right to the fore of their being. Guitars suited them, yes, but these four electronic driven tracks illustrate the band’s love affair with music more adeptly than ever. On this evidence their switch of instrumental focus promises great things.