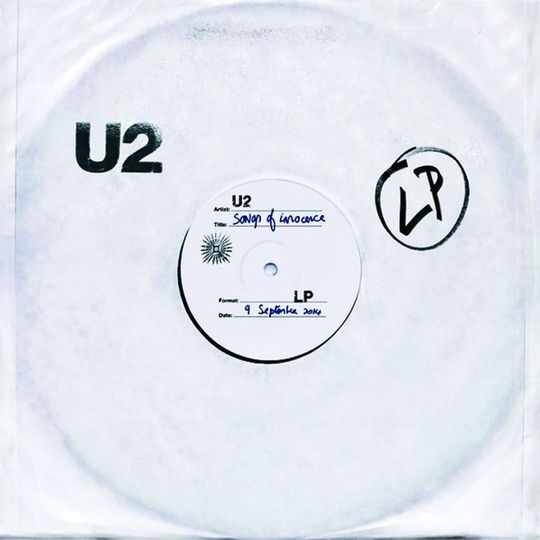 I’ve really never had any problem with U2: I kind of like most of their music up to the late Nineties; I’ve never taken much issue with Bono and his ‘ways’; having thought about it, I can’t even bring myself to get that angry about their tax avoidance; and even accepting that it’s been 14 years since they put out a decent record, I think they’re probably a more interesting proposition - albeit conceptually and culturally rather than musically - than most bands you’d care to call their peers.

And I’m not really bothered about Songs of Innocence popping into my iTunes. I mean, for starters it was really helpful in terms of writing this review. But while it would clearly be horrendous if Apple indulged in this sort of thing on a weekly basis, it was a special stunt to launch a watch and I doubt it’s any more likely to become the new normal than Radiohead’s pay-what-you-can wheeze.

Rather than grandly devaluing music as a whole - and it is worth stressing that Apple paid for the album - I think part of U2’s problem is that they’ve somewhat devalued a record that cost six years of their lives and a lot of money to make. Not that a conventional release would have made Songs of Innocence a particularly good album. But actually its nicest touches - a ghostly interpolation of the Beach Boys’s ‘Barbara Ann’ in the intro to ‘California (There Is No End To Love)’, the atmospheric Lykke Li guest vocal on ‘The Troubles’, the squeaked-out chorus to ‘Volcano’, the sentiment of opener ‘The Miracle (of Joey Ramone)’ – consistently hit me with the the sense of ‘oh, that’s pretty good… for a free giveaway record’.

By turning their album into a giveaway that the majority of recipients won’t even listen to, U2 have tacitly lowered expectations for their work, setting their work up as disposable landfill product, even if it’s only a landfill of the mind.

And I don’t think that’s purely a miscalculation, a lame attempt to jump on the flash release bandwagon. The recording process was notoriously troubled, with many of the tracks on Songs of Innocence intended for an aborted companion record to 2009’s No Line On the Horizon, provisionally entitled Songs of Ascent. Originally scheduled as early as mid-2010, it was delayed amidst fretting about its quality, about the weak sales for No Line, about the ‘relevance’ of U2 (Bono’s word, not mine) in the modern world. And it’s hard to listen to this over-thought, underwhelming record and not conclude that after years toiling on a bunch of so-so songs, U2 realised they were on a hiding to nothing and decided to use the fig leaf of the Apple launch to offer a zeitgeisty facade to just get them out there.

The problem with Songs of Innocence is that there’s no real sense of intent behind it. The album title and semi-sprightly pop-rocker opener ‘Joey Ramone’ suggest an attempt by the band to get back to their roots, but despite this being a line trotted out by the, er, ‘hastier’ reviews of the record I don’t really think it holds much water. The odd nifty intro aside, Songs bears little relation to their more experimental Nineties work. And neither does it have the tautness, beauty and ferocious self-belief of their Eighties work. Instead it’s a series of mid-tempo songs with fitful sputters of classic U2-ishness that never really come to much.

Perhaps it’s the poor choice of producer in Danger Mouse, perhaps it’s the band losing their nerve, but the whole thing feels bound by a laboured tastefulness. The singles off All That You Can’t Leave Behind are dreadful, but they uniformly have the conviction to ram their infuriatingly catchy way into your cerebellum. Here there’s no such enthusiasm: the choruses of ‘Every Breaking Wave’ or ‘Song for Someone’ would benefit immeasurably from Bono doing his full scale operatic thing; the likes of ‘Iris’ or ‘Volcano’ would be infinity times better if the band just full-on resurrected their Unforgettable Fire and Achtung Baby selves rather than making a discrete nod to them. Everything drags on beigely for at least a minute too long. Their most brazenly marketed album is also their most musically apologetic.

There are undeniably bright spots, and actually the darker final third is probably as strong as anything U2 have managed in the last decade. When Lykke Li turns up for the lush, brooding finale ’The Troubles’ you’re almost up for a splash more - ironically, after going on too long, this awkward record manages to end a bit too soon.

Well into their fifties and overly hung up on their relevance, I assume U2 simply no longer have it in them to make a great album. Still, they may well be able to make another one that lots of people like, and finally drawing a line under the Songs of Ascent/Innocence sessions is probably a good step towards that. Whether drawing the line by giving a copy to one twelfth of the population of the entire planet was a good idea remains to be seen.