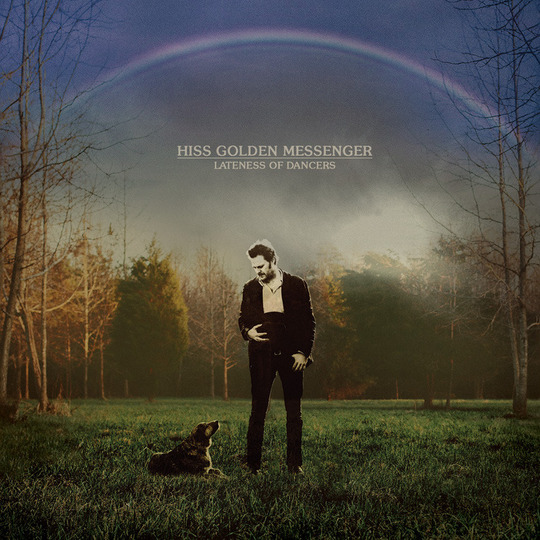 Based on his previous releases as Hiss Golden Messenger, MC Taylor might not have been the first name you’d put on your party invite list. An introspective, lo-fi country gathering perhaps, but not the man that would come to mind when trying to think of someone to get the party started.

Lateness Of Dancers might just be the record to make you reconsider that. Not that Taylor has put a donk on it and got Pitbull in on guest vocals - it’s more that he’s brought together some of his most immediate material and given it a fine production sheen, with the resulting record giving off a blissful, late-summer shimmer.

The album’s opening trio set out the mood of the record clearly, with ‘Saturday’s Song’ the most instant – a stomping rhythm backing by pounding piano and some fantastic duelling guitar twiddles, as Taylor sings about letting it all hang out at the weekend, admitting that he might "get a little crazy / I’m gonna drink some whiskey". Following that, ‘Mahogany Dread’ sweeps in on a buoyant bassline as the lyrics tackle growing older reflecting on summers gone by, before a Garth Hudson-esque organ solo rides us out towards a fade-out.

Previously, Hiss Golden Messenger records have been distinctly lo-fi affairs – 2010’s Bad Debt was put together at Taylor’s kitchen table on a tape deck – but here the songs are scrubbed up more, without losing any of their charm. Indeed, the improved surroundings simply allow the different elements to shine – the fiddle, banjo and backing vocals that help closer ‘Drum’ to build into a uplifting coda, Taylor’s urge to ‘take the good news and spirit it away’ a positive mission statement to end the record on.

Full of guest musicians helping to bring his songs to life, this latest record might be a little different to previous Hiss Golden Messenger outings, but it also might be his best. It’s not all brightness and happiness – the title alone of ‘Black Dog Wind’ will tell you it’s not all plain sailing – but there’s an instant quality to much of the record that draws you into spending more time with it. Calling to mind kindred spirits such as Vetiver, Josh Rouse and others who like to balance a knowledge of American roots music with a fondness for early Seventies country-rock, Lateness Of Dancers is the perfect party album – as long as your idea of a shindig is a few bottles, friends and a singalong out on the back porch.