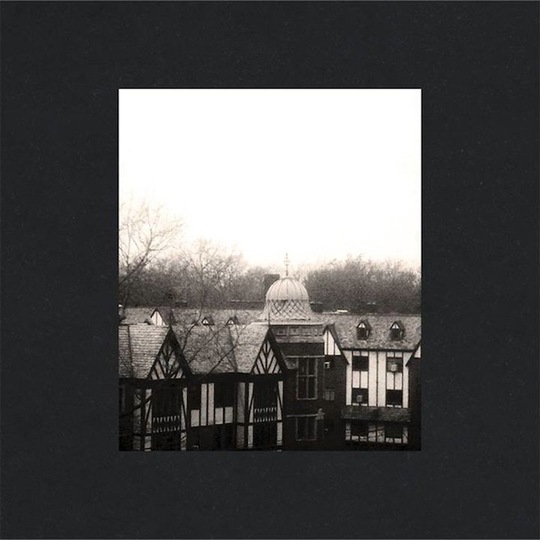 When Cloud Nothings released second long player Attack On Memory at the outset of 2012 it felt like a coming of age. Having initially been grouped in with the lo-fi indie pop scene that spawned the likes of Wavves and The Pains Of Being Pure At Heart, Attack On Memory represented a reinvention of sorts. Engineered by Big Black and Shellac luminary Steve Albini, it heralded a metamorphosis into harsher, aggressive waters. Or as Cloud Nothings founder and songwriter-in-chief Dylan Baldi declared, an attack on the memory of what people assumed his band were about.

So when he announced earlier this year that he'd spent the subsequent 18 months since Attack On Memory's release writing and demoing new material - mostly conceived during a relentless tour schedule that doesn't seem like subsiding any time soon - it was little surprise a new record emerged. Sometimes brutal, other times delicate, always energising and bursting with vitality, Here And Nowhere Else not only reaffirms Baldi as one of the most prolific and consistent songwriters of his generation - its hard to believe he's still only 22 considering the extent of his back catalogue - but also suggests there's much more to come in the future.

Like a modern day Evan Dando for disaffected post-millennial adolescents, he manages to pour out his thoughts vividly over the course of eight mostly vitriolic slices of guttural punk-pop. For all its radiance and attention to detail, Here And Nowhere Else only just breaks the 30-minute-mark, yet in that half an hour exudes more emotions than a counsellor's waiting room. This time they've employed the services of John Congleton, whose production skills have already graced records by Angel Olsen, Xiu Xiu and St Vincent so far this year. As Baldi said in a recent interview on these very pages, Congleton wanted to recreate Cloud Nothings' live sound on record - his ideal of recording as few takes as possible using different microphones across assorted rooms appears to have paid dividends.

Opener 'Now Hear In' represents arguably the most frantic three-and-a-half minutes Baldi has laid down so far. "I feel there's nothing left to say" opines the inimitable frontman, his 'fuck everything' ethic prominent throughout. Mirroring The Lemonheads Hate Your Friends or Lick in terms of dynamic, it sets the scene quite comfortably for what follows.

'Quieter Today' is anything but, instead embarking on a similar course that doesn't stop for breath until its final notes peter out in a halo of pedal-assisted noise. Indeed, while Cloud Nothings are now a three-piece - guitarist Joe Boyer left during the period between this and Attack on Memory - it hasn't made any notable difference to their sound. Instead, they've become more caustic in their approach, partly due to the leaner, streamlined sum of their parts. 'Psychic Trauma' regales its introspective tale of paranoia ("I can't believe that what you're telling me is true") through choppy riffs and an angular backbeat while 'Giving Into Seeing' injects the blueprint carved from Attack On Memory with a heavy dose of diesel, Baldi's right foot pedal pressed against the floor throughout.

Better still is penultimate number 'Pattern Walks', a sprawling piece in two parts that fuses epic with laconic, Baldi and co letting the music do the talking for its furious final third. Although not a million miles apart from Attack On Memory's centrepiece 'Wasted Days', it takes Cloud Nothings' mantle that one step further, pushing themselves into vastly obtuse territories that hint at possible further sonic departures on the next record.

By the time lead single 'I'm Not Part Of Me' brings Here And Nowhere Else to its close, there's a feeling of emotional déjà vu, Baldi declaring, "I'm not telling you all I'm going through" over a nagging three-chord melody that screams 'Pop!' at the top of its lungs. Of course there'll be some dismissive of Baldi's nomadic approach when constructing this record. These days you're more likely to find him residing in Paris than his native Cleveland . Nevertheless, if Here And Nowhere Else is anything to go by, life on the road can be a productive and ultimately rewarding experience.