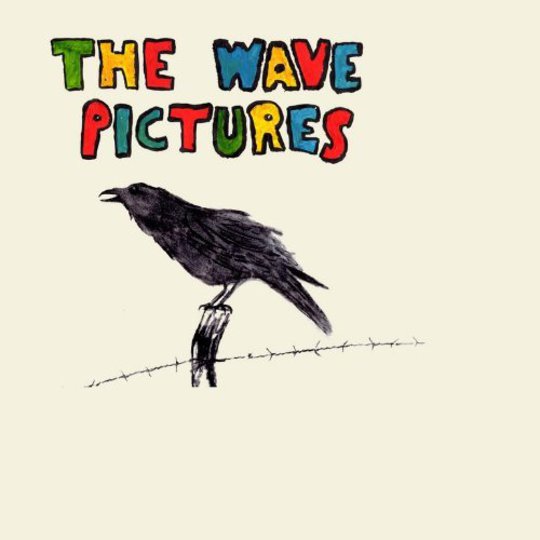 Is anything more boring than a guitar solo? For every exquisite blues jam from Hendrix or Page there’s a million, billion widdley-widdley space-filling show-offs getting in the way of the next chorus. They have their place, and that place is 1974... unless you’re The Wave Pictures’ Dave Tattersall. He’s not Eddie van Halen or Randy Rhodes, he’s better - technically he’s all over the shop, but that’s not the point. He writes such beautiful and expressive parts, so messy and impassioned you could listen to him play forever. Which is a good thing, because City Forgiveness, the Leicester trio's twelfth(ish) album is a double: 20 tracks, 90 minutes. That’s a lot of Wave Pictures to take in.

But then this is a band that have never stuck to convention. They’re about the most 'indie' indie band on the planet - they couldn’t be more indie if they lived with Steve Lamacq under a poster of Morrissey in a club called ‘Smashing’ and existed on a diet of cider and old Helen Love fanzines. And there’s things bands like that just aren’t allowed to do: double albums are quite near the top of that list, followed by lengthy guitar solos and careers that seem to go on forever. They’re giving it a good go though.

By now The Wave Pictures have pretty firmly set their stall out. They create bright, brittle pop and woozy, warm ballads, recorded with a cosy, sessiony analogue feel. The lyrics are witty and brilliant, the chemistry between the trio palpable, and the musicianship intricate without being showy. City Forgiveness doesn’t mess with the formula, but does let the band spread out a little. The jams feel longer and more indulgent, that’s true, but they also feel completely natural. Even the six-minute-plus ‘The Yellow Roses’ never feels like it’s outstaying its welcome, as it spirals and shuffles through a dark, Sixties blues. ‘New Skin’, one of the more sombre moments here is allowed to build slowly, reflecting the lyrics’ feel of gradual healing through, it has to be said, a fair dollop of misery, ”I am a whippet now, I am alarmingly thin” sings Tattersall, ”I was born on the head of a pin, but I think I just grew another layer of skin”. Elsewhere ‘Golden Syrup’ is amongst the most stripped down and acoustic the band have been, a ramshackle strum bringing to mind the La’s.

There’s some great pop moments here too. ‘Before This Day’ forms around a spidery, Africa-inflected guitar figure, with Tattersall painting a picture of domestic life where ”Mum steadies the ladder with a slippered foot” while ”the neighbours’ cat is white and insane, collarless aggressive and unnamed”. Meanwhile ‘Chestnut’ digs into a growly blues riff, (”Soapy bubbles on my face / I look just Father Christmas” sings Tattersall.) It’s ace.

There’s not a duff track here, yet something does feel a little off - it surely ultimately comes down to the length. Putting it bluntly this is two albums, not one. And those two albums sounds really similar. It’s immensely hard to pull off a double album - it needs to flow and move, and peak and trough. While City Forgiveness does allow the trio breathing room, they never use that space to justify the length - they’re doing what they do, and doing it well, but the over-familiarity when faced with 90 minutes of this stuff does great songs a disservice.