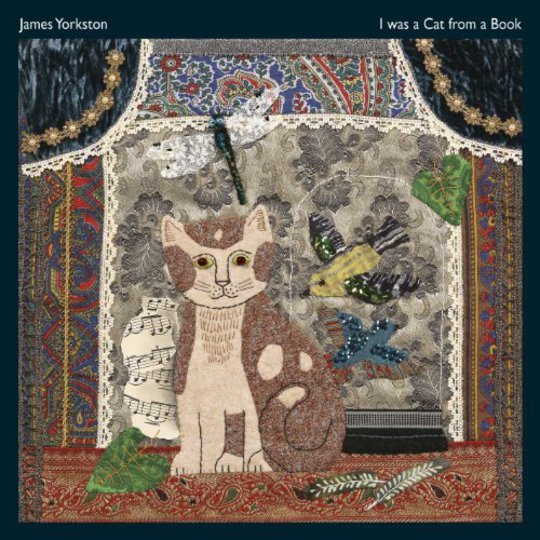 When an artist re-releases a seminal album, it can often be hard to follow it up with new material; as if the new release can’t hold a candle to that iconic record, remastered and repackaged, and only reminds us of the diminishing returns the listener has received ever since.

That was certainly a worry with James Yorkston’s latest album, which follows the reissue of his debut Moving Up Country last year. Celebrating that record’s tenth anniversary, the reissue had served to underline just how Yorkston had captured his particular sound so perfectly on that record – languid, unhurried, unshowy folk, obviously indebted to past masters but with a particular gaze of its own. Ever since then, Yorkston has released more great records, each one following a similar path - albeit with some particular diversions - but none have really stepped up to match that debut.

So, with that sparkling version of Moving Up Country so recently released, how does I Was A Cat From A Book stand up? Not too shabbily, thankfully. It doesn’t match that debut, but then The Strokes will never match Is This It? and the Gallaghers don't have another Definitely Maybe in them, and at least James Yorkston has had the decency to release a very fine collection of tour diaries in between his albums. What I Was A Cat From A Book does do however, is effortlessly slip towards the top of Yorkston’s discography, thanks to one thing: diversity.

Thankfully not an appearance from an award winning street dance team, but an expansion of that core sound that Yorkston and his accompanying players build their songs around. It’s still sourced from the same key ingredients, and you can still imagine each and every song being played slightly shonkily in the corner of a pub in the small hours, but there’s some new elements that have been added subtly to the mixture that stretch things a little.

The best example of this is probably ‘Just As Scared’, where Yorkston duets with Jill O’Sullivan from Sparrow & The Workshop. Her light, meandering vocals match Yorkston’s dour tones perfectly, whilst a clarinet flittering around in the background adds an upbeat, jazzy air.

A female presence – and a woozy Rhodes piano - also adds something a little different to the literally-titled ‘Kath With Rhodes’, the Kath in question being the beautifully gentle tones of Kathryn Williams. Bubbling along on a hazy rhythm, it’s a wonderfully off-beat four minutes.

Elsewhere ‘Border Song’ stands out as possibly the most frantic thing Yorkston has ever recorded, a crash of words tumbling over one another before stumbling upon the phrase “This is nothing just a flirt / Just a flicker just a taster / Of what is not to come” and repeating it until close. This sense of urgency returns on the album’s closer ‘I Can Take All This’, the normally laconic Yorkston again cramming words and phrases into every nook and cranny.

Reading up on the background of the record, Yorkston has described it as ‘having a certain amount of anger’, due to a large amount of recent personal strife, and viewed through this filter, the subtle changes to his default settle become a lot more understandable. The emotions that normally go into one of his records, often tempered and reasoned, have instead been heightened, and then empathised by the accompanying players, creating greater moments of tension, and of variety.

It’s still discernibly a James Yorkston record, and full of what you’d expect from one, but there’s enough shading in the corners and drawing over the lines to add new sparks of interest.