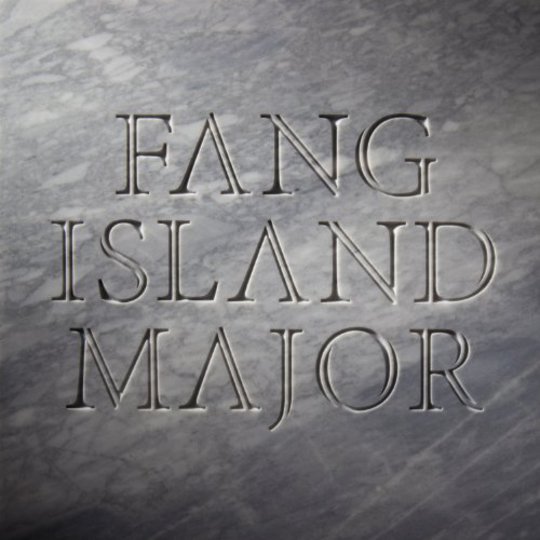 Fang Island have said that they want to make music which was 'nothing but your favourite hooks back to back'. Their debut self-titled LP made several great leaps in the right direction: a rush of electrified energy, galloping rhythms, relentlessly heroic guitars and often wordless vocals conveying joy beyond adrenaline. And initial clues from this new record – their second – seemed to promise to double down on the barely controlled explosions of ‘fuck-yeah’ which made up their debut. They called it Major, for a start. They unveiled artwork of their name chiselled into rock (or, perhaps more accurately: rawk). But press play on the actual record, and you’re confronted with something sadly unexpected in opening track ‘Kindergarten’ – a tuneless, groove-resisting dirge of meandering piano and warbling vocal; perhaps the exact antithesis of everything which Fang Island have claimed to deliver, or implied that this record would be.

As an opening statement, it’s odd at best, but thankfully not indicative of the record at large, which moves into territories more similar to its predecessor from track two onwards. But still, things are drastically amiss. The first clutch of tracks don’t so much succeed in delivering 'nothing but your favourite hooks back to back' as 'one hook, back to back'. ‘Make Me’ works its way through a series of call and response between vocal hook and guitar lick, for around four minutes longer than your patience can bear. (When the hook tumbles back into the mix for another 60-second go round, and after a briefly promising instrumental mid-section at that, it’s difficult not to scrunch your face). Following track ‘Never Understand’ also hinges upon a similarly trite call and response routine, and only has one, mnemonic, tired vocal hook to boast as well. (Nevertheless, this track is also keen – as so many of these tracks are – to break the five minute barrier).

Flashes of the frequent brilliance of the debut are few and far between. On a full song basis – aside from the comparatively enjoyable sunshine numbers like ‘Sisterly’ and ‘Seek it Out’ – there’s barely anything to rival their self-titled LP. Instead, the promise shines through the cracks – the coda of ‘Asunder’, for example, erupting into a hell of a riff dripping with fun and unexpected rhythmical tics as it pulls into a winning climax. But elsewher we’re offered very little. Instead of melodic brilliance, we get cheesy guitar duelling with ‘Dooney Rock’, and grating key changes within equally grating guitar lines with ‘Chompers’.

This is still recognisably a Fang Island album – but one which sounds neutered somehow; the edges far too rounded, the tempos forever middling, and the guitar interplay too clean, tidy and obvious. Indeed, it would be easy to believe that this record and their debut were actually released in reverse order – Major surprisingly tentative and reserved, with Fang Island sounding like the work of a far more confident band; a band who’ve found their sound and are ready to let rip and really have some fun with it. Sadly, Major moves some distance away from Fang Island’s core aims, and their first record’s core strengths – instead offering up a collection of tracks which do far too little, for far too long.