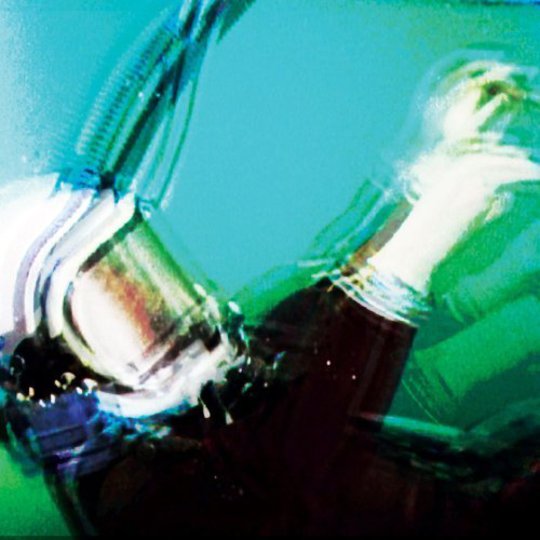 As seems to be rapidly becoming the norm, the first most of us heard of The Antlers' new EP was through its enigmatic, minute-long launch trailer, uploaded to YouTube in early June. A blurred and out-of focus array of appropriately underwater scenes, colours warped and images bleeding, the soundtrack hinted at a progression for the band, a move to a more textured sound, hazy and hypnotic and maybe even slightly tanned.

Certainly it’s some way from the trauma of 2009’s Hospice, an album that threatens tears from the opening notes; even from last year’s Burst Apart, which for all its nods to the anthemic still had more than its share of wintry melancholy. Those two are 'closed chapters' for the band, says the press release, with Undersea presenting 'a newfound freedom to change the subject.'

As a statement from the three-piece puts it:

It begins in the dream of a peaceful flood. Water covers everything and rises.  We take a deep breath in and a slow breath out.  Everything is changed.

Well, not quite everything. There’s a pretty clear segue here from 'Putting The Dog To Sleep', Burst Apart’s plaintive closer, to the opening slide of 'Drift Drive', from the sombre brass of that album’s 'Tiptoe' to the unhurried refrains of 'Crest' and 'Zelda'. Peter Silberman’s voice remains unmistakable, of course, haunted and overcast and strikingly expressive, and yet his vocals are less to the fore this time around.

There’s no one part that draws the focus, actually, the various layers of instrumentation, from heavily-reverbed guitar to subtle keys and background loops, bass and drum rhythms and decaying trumpet lines serving the whole rather than striving out for their own impression. It’s a similar case with the tracks themselves: if the four songs here have a tendency to blur a little that’s more a result of the mood they evoke than any failure of songwriting. Precisely what that mood is is harder to pin down: there’s sadness here, sure, fading sunlight and late-night shadows, but more than that this feels woozy and semi-conscious, an amniotic slow waltz of floating emotion and suspended time.

That may not, it’s true, appeal to everyone. These aren’t songs to sing along to or even really to share with others: as with much of The Antlers’ work Undersea demands an intimacy and commitment uncommon at a time where new music comes and goes like Twitter trends and whole libraries can be disposed of with a single tap. But the effort is well-rewarded for an EP that feels much more significant than its 22 minute running length would imply, and for songs far more absorbing than many bands achieve in their entire career, let alone in between records. Sure, it’s not going to change the world, nor does it necessarily mark a future new direction for the band - but that’s not the point. This is siren-song for the worn and jaded, for all those tired by a culture in perpetual acceleration, where attention spans flicker like neon signs above seedy bars.