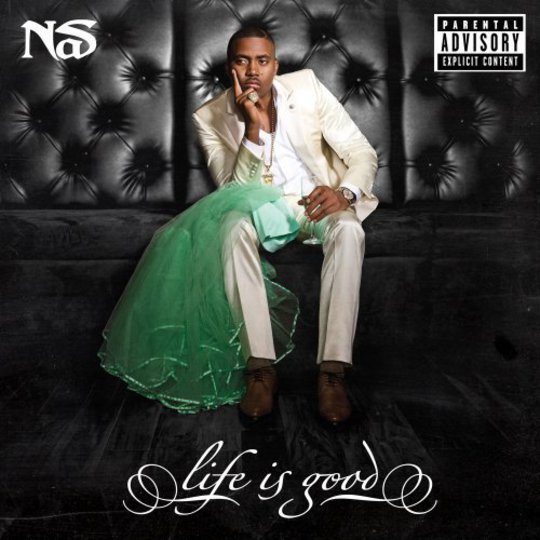 Many artists’ careers are defined by their classic material, but the way in which the ghost of Illmatic haunts Nas is unique. Because while it’s generally accepted that the other survivors from hip hop’s golden age are years past their best work, remarkably Nas has shown almost no signs of depreciation. In terms of ability at least, his voice is practically unchanged from the one you hear on his 1994 debut, he’s still a remarkable lyricist, and at his best, his flow remains pretty much untouchable. Over the past two decades we’ve seen criticisms of his beat selection, concepts and mainstream ambitions, but it’s rare you’ll find it argued that his talent on the mic has waned.

It pains me to have started yet another Nas review by mentioning Illmatic, because to reduce his career to that one album is both tiring and unfair. But it’s useful to establish that the reason we will him to succeed with every new release is because, as he’s sporadically shown, that 21-year-old Queensbridge kid is still within him.

Following his public divorce from Kelis and a $6m run-in with the tax man, Life is Good arrives ironically after a difficult period in Nas’s personal life. Yet as is suggested by its title, this is the most comfortable he’s sounded in years. Given Nas’s history of attention-seeking album concepts, the image of him clutching part of his ex-wife’s wedding dress might well have been some awkward display of bitterness, but the record’s content finds Nas at peace; delivering honest but considered insights into his private life, New York and his long and fascinating career in hip hop.

The first of the album’s big hitters, 'Locomotive', features three excitable verses bouncing off of No I.D.’s vintage, swaggering baseline. It’s a song that should delight and tease his critics in equal measure, and he knows it too; the song’s intro surely intentionally echoes the rattling train sample from ‘The Genesis’, while Large Professor lurks in the background without dropping a verse before Nas signs off with a smile – “That’s for my trapped in the Nineties ni***s.” ‘A Queen's Story’ and ‘Accident Murderers’ follow, taking the album from New York's gritty streets to a citywide vista as seen through Scorcese's camera lense. A sweeping string section and a flourish of keys complete the Hollywood picture, while Nas flexes his storytelling muscles. That directorial distance is important for the now 38-year-old rapper, who is able to offer insights his younger self might not have been able to, while not being afraid of being self deprecating either (“I’m pushing 40, she’s only 21 / Don’t applaud me, I’m exhausted G”).

As great as it is hearing Nas construct these compelling narratives though, some of the album's best moments are those drawn candidly from his own family life. The single 'Daughters' for example, is a mature exploration of his flaws as a father, which ends up making interesting comment on gender expectations too: “When he date, he straight, chip off his old papa / when she date, we wait behind the door with a sawed off / ‘Cause we think no one is good enough for our daughters.” To dig up an old beef, this makes Jay Z's tribute to his then newly-born daughter, ‘Glory’, seem all the more limp and forgettable.

Back to that album cover, then, and you might be surprised to find Nas in a surprisingly tender and bittersweet mood. His divorce from Kelis is most directly addressed on parting shot ‘Bye Baby’, as he gives a genuinely touching reappraisal of their relationship. Just as with ‘Daughters’, this is a subject that is often disastrous territory when it comes to hip hop, but he’s not posturing here when he claims to have no regrets over rushing into marriage. Nas has written rhymes about women all throughout his career, but never have I felt such affection as when he raps; “You screaming at the racist cops in Miami was probably the highlight of my life, like hiyo look at my wife – gangsta”. That adoration isn’t easily faked, and it’s refreshing to hear mainstream rap music dealing with family life in non-generic terms.

To pretend that Life is Good is flawless would be misleading, but it’s a thoroughly enjoyable return to form. A slight, but unmistakeable mid-album lull is forgivable considering its lofty heights, with only the party-track misfire ‘Summer on Smash’ and its car horn of a Swizz Beats hook majorly disrupting the album’s momentum. At this stage in his career, and following in the footsteps of two records that arguably tripped over their own concepts, it’s great to hear Nas sounding focussed once again. Whichever version of him turns up on the next record, let’s hope life is still good for Nas, it suits him.