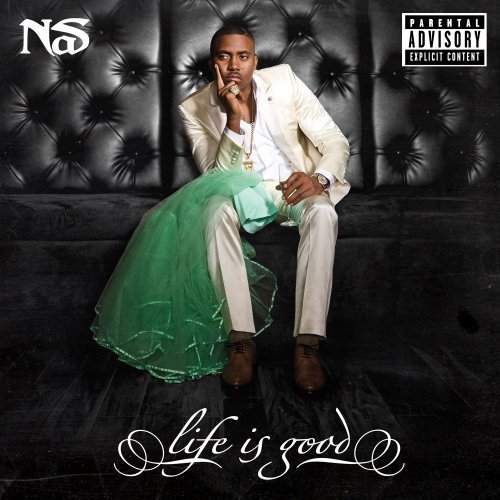 To pretend that Life is Good is flawless would be misleading, but it’s a thoroughly enjoyable return to form. »

14 track cd. always controversial and uncompromising in his role as hiphop s most influential mc, and often its most severe critic, nas has completed his first new studio album in four years, 'life is good', on def jam recordings. the album features artists and producers that hail from both the old school and new. vets like large professor and mary j. blige show up on tracks while rising singers miguel and victoria monet also collaborate with the esteemed rap star. toronto natives noah '40' shebib and boi-1da, and lauded names like swizz beatz, salaam remi and no i.d. are just a few of the producers who created the soundscape for nas' lyrics.
description from www.roughtrade.com