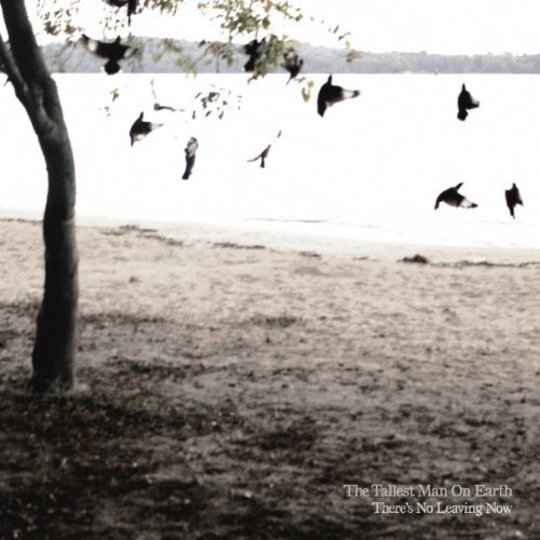 A third album finds Swedish songwriter Kristian Matsson (aka Tallest Man on Earth) considerably more comfortable than he was on either 2008's Shallow Grave or 2010's The Wild Hunt – and unfortunately, by extension, a little tame.

Where Shallow Grave began with a resolute rattle ('I Won't Be Found') and The Wild Hunt with a gorgeously naïve declaration of abandon, There's No Leaving Now opens with a pair of calm, confident tracks that, while pleasingly lilting, have none of the thirst and urgency we've come to expect from Matsson's voice. Perhaps it's just that these songs' comparatively modest melodic patterns don't really allow his vocals to keen and keel over as they used to, or perhaps it's simply that we're now accustomed to what was once a startling tone – coruscating yet somehow comforting (and all too often, unimaginatively, compared to Dylan).

Whichever: There's No Leaving Now is narrower overall, and lyrically, too; the sentiments of 'Leading Me Now' and 'Little Brother' somewhat simpler (but perhaps purer?) than the messy, meshed storytelling and restless complaints of yore.

But perhaps there's an appeal to be found in this reduction of reach. If we see a shrinking in scope more as a gain for brevity and concision than a loss in detail, then there's a certain sort of satisfaction in these songs' contained contentment – they're firm, reliable and loyal where much of The Wild Hunt and Shallow Grave was upsetting, or at least tense. And one area where there is some expansion is instrumentation – 'Bright Lanterns' is one of the album's highlights for its lap steel (though it's a shame it fades out at the end), and the title track and 'To Just Grow Away' rest on a nostalgic, clanky school-hall piano, which subdues Matsson's open-tuned guitar with a dull echo.

Ultimately, though, when he harks back to the likes of the yearning 'Kids on the Run' or the wrangling rip-roar of 'You're Going Back' – on the nervous, needy title track and in the wild ripple of 'Wind and Walls', respectively – you find yourself wishing for much, much more of that rough smirk, that rebellious snarl. This is an agreeable record, but it comes from a man who we know is capable of something sublime.