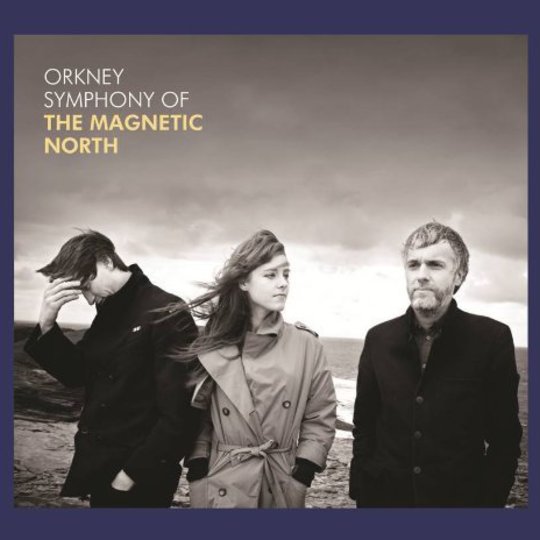 You might often wonder what would possess people to write a concept album. Handy then that the driving force behind The Magnetic North has a ready made reason as to why he’s devoted a whole record to the magic and mysteries of one of Britain’s northernmost points.

Erland Cooper, the man behind folk-rockers Erland & The Carnival, already has strong ties to the Orkney Islands as he grew up there, but the inspiration for this collection of songs came from a particularly vivid dream the singer experienced. Cooper claims that an Orkney resident who killed herself in the Seventies visited him in his sleep and told him to record an album about his homeland and the mythologies that surround it, even going so far as to hand him a list of track titles and some of the music at the same time. Whether it’s a tall tale or not will surely never become clear (if it is, surely she deserves a writing credit?) but it’s a fitting introduction to a truly beguiling record.

As Erland & The Carnival, Cooper’s traditional songs occasionally feel crammed into a more modern setting, whereas here the setting seems much more fitting. That’s not to say that it’s all Gaelic language and Wicker Man folk – there’s actually quite a modern feel to Orkney: Symphony Of The Magnetic North thanks to some subtle keyboards, drums and samples, with ‘Ward Hill’ combining the sound of a choir of Orkney residents with a simple synthesised beat. It’s more the pace and the gentle spookiness of the record, which was recorded in various places on the Islands and seems to have captured the particular pace of life there in its music.

It’s also probably got a lot to with the main musical counterbalance on the record provided by singer and multi-instrumentalist Hannah Peel. Hers is the first voice you hear, a haunting wordless sigh on the opening track ‘Bay Of Skall’, before she duets with Cooper on ‘High Life’, probably the standout track on the album. Backed by dark, swooping strings, the two sing a beautiful, disquieting melody, and you can imagine the bleakness and the beauty of the Orkneys immediately.

Like the Islands themselves, vocals on Orkney: Symphony Of The Magnetic North are sparse, allowing the music that surrounds them to breathe, adding to that sense of capturing the place itself in the atmosphere. In some ways, the album is more like a soundtrack to a film than a traditional collection of songs. When the more traditional song structures of tracks like ‘Netherton's Teeth (The Brothers)’ do arrive, the record is all the richer for it. It’s difficult to pick out individual tracks though, as each seems to feed into the wider whole, creating a particular sense of place and mood.

In many ways, this recalls another album that captures a particular side of Scotland’s character, King Creosote & Jon Hopkins Diamond Mine. Like that record, The Magnetic North seem to take you to another place entirely with what seems like very simple ingredients – subtle, dare-I-say tasteful instrumentation, and languid, slowly infectious melodies. The Magnetic North are never going to get the party started or kick a live audience into gear, but on this evidence they have an unnerving ability to transport you to a bleak but beautiful part of the country. If that sounds like your cup of tea, I would definitely suggest climbing aboard.