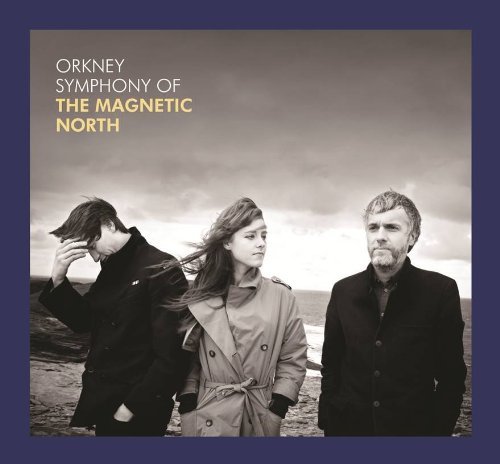 The Magnetic North are never going to get the party started or kick a live audience into gear, but on this evidence they have an unnerving ability to transport you to a bleak but beautiful part of the country.»

bookpack cd. haunting debut album from the magnetic north, the new project from erland cooper (erland and the carnival), simon tong (gorillaz, verve, blur) and hannah peel (of last year's 'the broken wave' album). 'orkney: symphony of the magnetic north' was inspired by a dream of erland's, in which he was visited by betty corrigall, an orcadian girl who in the 1770s committed suicide (having been outcast from her village for falling pregnant out of wedlock). the resulting long player, recorded in various locations across the orkney islands, is a collection of beautiful, evocative songs, at times reminiscent of nancy and lee, at others king creosote and jon hopkins. the band recorded with the stromabank pub choir while they were in the north, and will be bringing the choir to london later in the year for a live performance.
description from www.roughtrade.com