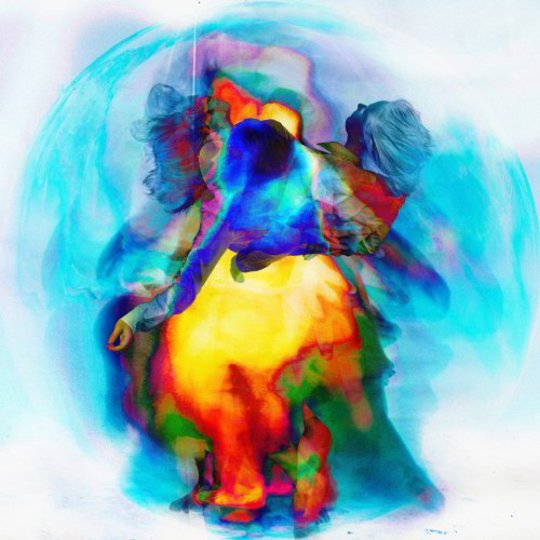 Attention to detail. Meticulousness. Generally things we consider quite virtuous in any pop maestro. Clock Opera mainman Guy Connelly's calling card is supposedly his quest for sonic perfection by any eccentric means. Forgive me the laziness of quoting directly from the press release, but apparently Ways To Forget features 'A World War II ammunition case...[slamming] on a car park floor', '...pots and pans, hand fans, old springs... [and] ...lighters, glass, cocktail flasks, trains that pass, harps in bits...' amongst other things. I say apparently with good reason. This little armoury of musical trinkets (and public transport vehicles) suggests a plethora of rhythmic and textural possibilities, particularly in the hands of a supposed obsessive in the assemblage of disparate and unlikely sounds. However, when I say that Ways To Forget is a record you need to really spend some time with to fully explore I don't mean that it is your classic grower, or a record which unveils more nuances with every listen. Not that at all. Rather it's an album you could listen to for the fiftieth time thinking, 'Maybe this time I'll finally hear that ammunition case'. If this sounds rather cynical let me make it clear that I'm not doubting Clock Opera committed such sounds to tape, it's just that they're almost (that could be a pot/pan on 'A Piece of String') exclusively absorbed them within what is effectively a more hyperactive strain of a fairly generic electro-indie gene.

You can certainly hear the bedroom producer in Connelly slicing up, looping and layering the electro-pop aspects of his sound and it's probable that much of the found-sound he dabbles in has made its way into these songs in some warped, effects-laden form. Manipulating and arranging sounds and textures into something genuinely unique is all well and good, but Ways To Forget neither meticulously contorts melody and rhythms with the tightly coiled energy of someone like Errors, nor does he use his heavily layered synth effects to explore texture. Take a few steps back from the bustling mosaic arrangements and we basically have a less expertly executed Mylo Xyloto, an inferior brand of chest-swelling anthemics channelled through euphoric electro-pop.

Album opener 'Once and For All' makes the most blatant play for mass appeal, although truth be told it isn't all that bad; the shuddering little blocks of digitized sound that open the track recall Miike Snow's 'Animal', but whereas that song tumbles down the way of the disco, 'Once and For All' has festival headline slots in its eyes. Ironic given it's earlier release on a Kitsuné Maison compilation. 'Move To the Mountains' is equally cloying, all wide-eyed piano wonder and naïve sentimentality (“Let's move to the mountains and shove our shack up”).

Most tracks go for a more tension based approach... in fact almost literally one approach alone, where the tracks build to gradually more flustered urgency with hi-tempo hi-hats and earnest vocals redolent of early Bloc Party, minus the tidy hooks. On 'Lesson No.7' and '11th Hour' the most effective parts are those preceding the melodrama – the sleek bass and finger-clicks married with twirling synth and shuddering electric pianos on the latter song in particular make for an atmospheric passage which is ruined by the subsequently unsuccessful pay-off of frenzied drumming. You could make the same complaint about 'Belongings' although you're happy for anything to shatter it's soap advert insipidity. A rare moment of subtlety, the gently shifting harmonium-like synth tones of 'White Noise' are unsurprisingly hijacked by pounding beats and a clumsy hook.

The most engaging songs come late; the breezy melody and licentious funk bass of 'The Lost Buoys' gives it a faux-decadent edge a la Metronomy, whereas the glitching synth (could even be guitar) and clattering percussion of 'A Piece of String' finally make good on the record's more adventurous claims replete with some low-end dancefloor synth-buzz. However, amidst the overstuffed yet predictable arrangements, the middle-of-the-road sentimentalism and lack of killer tunes, these brief moments can't prevent Ways To Forget itself proving to be largely forgettable.