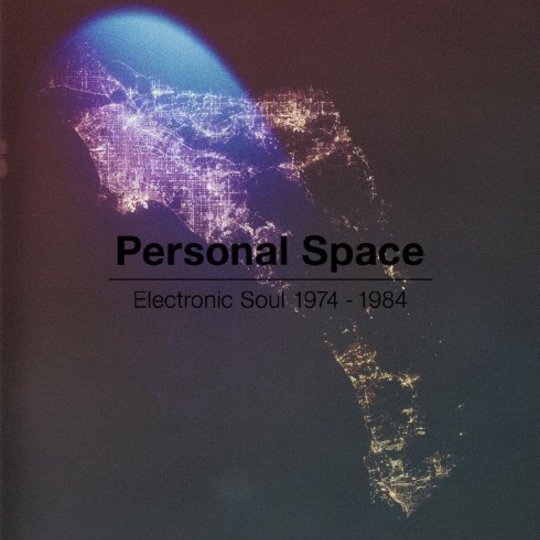 Do you remember the erection section? It's probably before a fair few of you were born, so let's define it. In the mid Eighties, this was a point in the late evening where commercial radio DJs would slip on something a little more comfortable for the listener. Nothing too interrupive, generally slow paced soul numbers. Something slinky from Randy Crawford, something cool from Barry White, maybe some Phyllis Nelson or Dionne Warwick. Not much in the way of talking in between numbers. This type of selection was replicated in the kind of clubs that you'll now see only in the background of Only Fools and Horses repeats, but back then actually existed, and bizarrely, at the end of school discos around the country. If you want a rough idea of what it actually sounded like, just tune into Smooth Radio and wait for five minutes.

If there was one thing you could tell from each song played, it was that it was a work of many hands. The songwriter, singer, the band, the producer working in unison to bring about a polished piece of work. This was black American music, or at least the kind that we actually got to hear over the airwaves at a certain point. There was a homogeny in sound, due to production techniques, session musicians recurring, types of instrumentation, lyrical themes sung in a certain style. At a base level, these characteristics built together a limit case of a type of commercial music, and sounded that specific way because those records sold well. Prior to this, at the far end of the spectrum, solo musicians had been given the keys to the kingdom. If you could make music, you now had the opportunity to record at home and record yourself better thanks to four track tape recorders. You didn't have to bring another living breathing soul into the equation, as long as you had a drum machine to give you a steady beat.

Personal Space - Electronic Soul 1974-84 brings together a selection of these recordings, and the contrast between what was often heard and what was very rarely heard is apparent immediately. The production values are unsurprisingly lower, and the depth of content is more varied than the radio fodder. The opening instrumental by Jeff Phelps, 'Excerpts from Autumn', sounds not unlike the end credits of any megadrive game mixed with John Shuttleworth. It's followed by another instrumental, Guitar Red's 'Disco From A Space Show', dominated by the tip tap of a drum machine too high in the mix, and a cheezey organ line straight from a porno. The guitar breaks are the best thing about it. 'I Finally Found The Love I Need' by Jerry Green is finally when this comp kicks in, uptempo space funk with a crisp rhythm and with dirty distorted synth underpinning it. Green himself nails the vocal with a passion usually reserved for gospel.

Things get more interesting with Spontaneous Overthrow's 1984 rare cut, 'Money'. It's an unsettling list of things that money can buy that they need. Druggy and sketchy, a Casiolicious snapshot of urban desperation, this was never likely to go overground, more's the pity. The Makers' 'Don't Challenge Me' is a much more pro affair, low-key with a smoky vocal and a time signature that seems to shift at will. Unfortunately, the rest of the material on offer here is well below this high standard, and the 18 tracks seem to take a long time to drag by. As an insight to a world within a world of black American music, Personal Space elicits interest. As a compilation, it fails to sustain it very long.