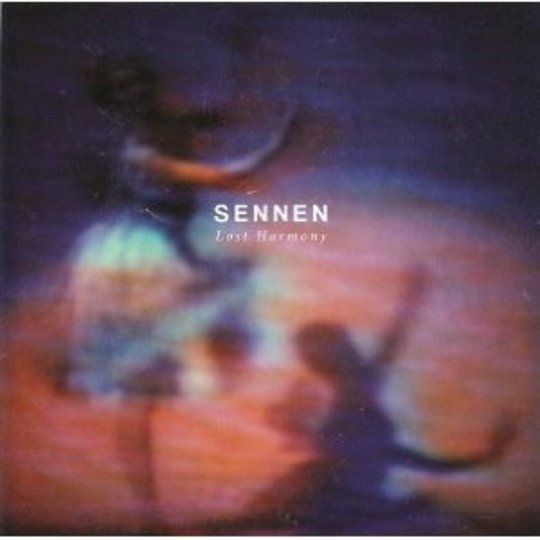 They say a change is as good as a rest, and where Sennen are concerned the proof of such an adage lies in the pudding. Having formed a decade ago, putting out their first record three years later, subsequent line-up changes and relocations have seen them return to the drawing board, ultimately resulting in their most personal collection of songs to date, Lost Harmony doesn't continue the tone of its predecessor, 2010's Age Of Denial. Instead, it represents the turning of a new chapter, albeit one that finds the band in a more reflective, observational and occasionally self-critical mood.

Having spent their formative years in the slightly unrock'n'roll surroundings of Norwich, the band's decision to up sticks and move to London seems to have brought a change in musical focus along for the ride. Recruiting new bass player Tim Kelleway - brother of guitarist and singer Richard - in the process, the familiar soundscapes of old now replaced with a more mature, laid back sound that leans heavily on both Americana and Krautrock.

It's also worth noting the involvement of celebrated producer David Allen here, whose previous credits include such landmarks as The Head On The Door, First And Last And Always and Disintegration. Rather than build the expansive wall of sound that's punctuated their earlier releases, Allen has given Sennen the freedom to manoeuvre, employing a less is more doctrine, allowing each of the 11 songs that make up Lost Harmony a chance to breathe. Indeed, the widescreen post-rock of first release Widows could almost be a different band entirely, such is the contrast between the Sennen of then to the one responsible for Lost Harmony. What it does highlight is Sennen's development as fluent songwriters, even if the subject matter does become a little too disparaging at times.

Whereas atmospheric opener 'Colder' delves its toes into countrified territories once occupied by Mojave 3, the chilled reflective sighs of 'Learn To Love The Dark' coupled with 'Wasted Heart's pensive strains echo sentiments previously aired on Ride's swansong Tarantula, a band always close to Sennen's hearts. The hypnotic buzz of lead single 'Vultures' is possibly the closest Sennen veer towards their earlier works, its dizzying squall of reverb fuelled harmonies building into cacophonous rush at the outset.

Interestingly, one of the main influences for the record fellow guitarist and vocalist Larry Holmes recently declared was The Carpenters, and on sombre mid-point 'Not Coming Back' their spectre looms ominously. Indeed there is a concern that at times Sennen become too embroiled in their innermost thoughts, the static 'No Love Song' and tawdry ballad 'St Jude' being two points in question. However, when Lost Harmony glistens it shines like a thousand stars in the clear night sky. 'Standing Still' may carry a prophetic air of winsomeness ("Everybody's telling me it's time to go") yet buried beneath its semi-acoustic melody lies a song feted wordsmiths such as Guy Garvey and Johnny Bramwell wouldn't be ashamed to call their own. Penultimate number 'Our Lost History' borrows the motorik beat pioneered by the likes of Neu! 40 years ago before locking horns with Power, Corruption & Lies era New Order amidst a synth-induced wave of hedonistic pop.

While the distinctive harmonies of Holmes and Kelleway senior ensure Sennen's new identity doesn't become too detached from their past, Lost Harmony carries an inventive and often revealing blend of subtlety and lucidity throughout. Whether it accentuates a change in the band's fortunes from peripheral outsiders remains to be seen, but for now this is a welcome diversion for a band no longer set in its ways.