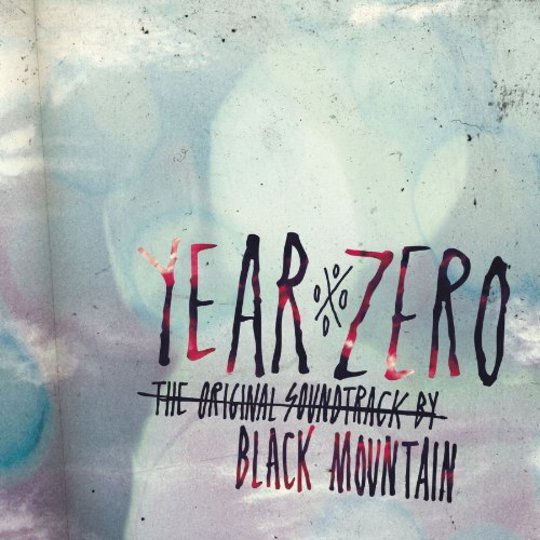 On first thoughts, the dark, dense music of Black Mountain doesn’t really seem to fit the bill for the soundtrack of a surf movie – wasn’t Jack Johnson available? However, when you look a bit closer, the fit looks a little more natural – it’s a post-apocalyptic surf movie, with experimental moments. Now, you can immediately see dark waves crashing down on some of Earth’s remaining survivors, as jet black synths build into a fierce crescendo, or a raging riff gallops off into a coda while on screen someone crashes out and is lost to the waves.

Year Zero (the movie) is the brainchild of director and surf fan Joe G, who then invited Black Mountain to craft a soundtrack. As such, the music very much feels part of the film and a true collaboration, rather than a bunch of songs that happen to feature in the movie. Made up of four tracks from Black Mountain’s previous albums and five new compositions, it’s a strange beast, but Year Zero also shows that there’s still life to be found in a band that you might have worried had run through all the ideas at their disposal.

This is something to consider as it follows Wilderness Heart, Black Mountain’s third album released around two years ago. Their most concise LP, it has a bit of a dividing effect on the band’s fans – some considered it to be a neat summation of their rock credentials; others found it lacked the sheer power and pomp of the sprawling predecessor, In The Future.

It’s fans of the latter that will probably enjoy Year Zero more, as it’s a record at the more experimental end of the Black Mountain spectrum. In The Future is actually represented twice here, with the gargantuan ‘Bright Lights’ and ‘Tyrants’ straddling the heart of the album like two slabs of pure force. Alongside them, ‘Modern Music’ from the band’s debut LP sounds like a short blast of jazzy scronk, while ‘Wilderness Heart’ shines as a straight slice of riffage and nagging chorus. Hearing the four older tracks here together actually shows just how much ground Black Mountain have covered in the space of three albums, especially as they can be dismissed as nothing more than prehistoric chuggers.

Anyone who ever considered such things would surely feel differently after listening to Year Zero, and particularly the five new tracks that the band have brought together here. ‘Mary Lou’ is perhaps the most immediate, following the epic sprawl of ‘Bright Lights’ with a propulsive, punkish riff and some of those trademark psychedelic howling harmonies between Stephen McBean and Amber Webber before fading into the distance. If I was using it in a film, it’d be for one of those moments when someone goes out of their head and steals a car, before driving really, really fast and then crashing into a tree. It’s a good job I’m not a film maker.

Elsewhere, things are decidedly more unusual, and perhaps more indebted to the stories within Year Zero the movie. Opener ‘Phosporescent Waves’ takes the strung out vibe of the In The Future tracks and, well, strings them out a little more, with wonderfully dark results. ‘Embrace Euphoria’ is more of a poem excerpt, recited by Webber over some extremely moody synths, while ‘In Sequence’ starts with the same formula before dabbling in some beats. It’s hardly the most essential four minutes the band have recorded, but it’s an atmospheric pause before ‘Wilderness Heart’ kicks in.

The remaining new track, album closer ‘Breathe’, is initially reminiscent of McBean’s other band Pink Mountaintops, a hazy, harmonic fuzz of a song that brings the album, and you would presume the film, to a close. That’s where the questions begin over Year Zero as an album though.

Is it an essential purchase for fans of the band? Probably not - three of the five new tracks are worth getting hold of, but the rest will be familiar. Does it hang together as an album? Definitely – it’s a pretty accurate summation of the band’s career so far, and would be a terrific way to introduce yourself to them if you haven’t already done so. If it’s a sign of where Black Mountain are heading, further towards the edges they pushed at throughout In The Future, all the better.