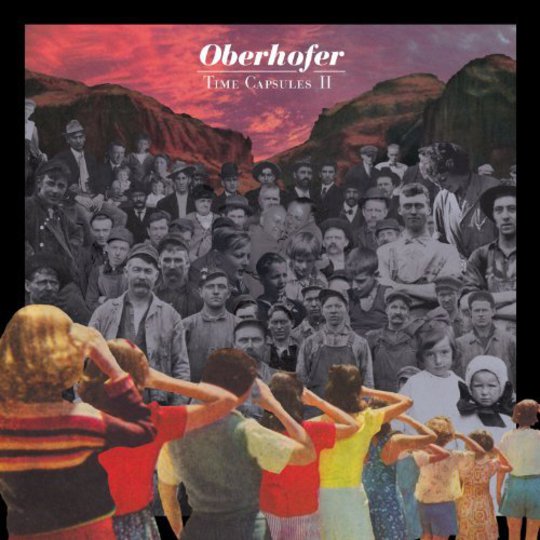 The band Oberhofer is, essentially, a vehicle for its main man, Brad Oberhofer – still a relative youngster at 21 years old. There are other band members, but it’s Brad’s character that drives the album. It’s his ebullient charm, it’s his melody, it’s his heartbreak. From the opening piano line, it becomes apparent that Time Capsules II is an album rich with endearing naïvety; a commercial release on a mission to cheer you.

At the core of Time Capsules II is a broken heart, though Oberhofer has left all of the classic signifiers of heartbreak behind. It’s as though he somehow got fast-tracked through the post-relationship catharsis process before he even opened the door to the recording studio… you need to pay serious attention to recognise that this boy needs a hug, a stiff drink and a better girlfriend. The resulting sound is not too far from the way you might imagine The Cribs would sound if they grew up somewhere a little sunnier than Wakefield; imagine the Jarman brothers, but wasted on vitamin D.

Musically, Oberhofer strike a neat balance between the youthful exuberance of a teen gang thrashing wildly at their instruments and a troupe of trained musicians, carefully honing their art. The crux of what makes this album great is the force with which the simplest of emotions are conveyed. It’s pretty bog standard relationship fodder, but Oberhofer have a way of making each song sound like the world premiere of a new emotion, traipsing heartbreak up the red carpet to a fanfare and an adoring crowd: “you’re pushing me away from you and there’s nothing I can do / and I can’t fight all of your battles for you.” It’s fitting, because heartbreak never feels old or familiar; it cuts a fresh wound every time, the heart has no muscle memory.

The overriding feeling, listening to Oberhofer may well be one of head-patting sympathy, for the cutesy naivety expressed herein but it’s worth noting a serious sense of ambition, too. When he sings “I wanna build a house with you, a house with you, so we can be alone” it sounds first and foremost as though it were written for a Sesame Street segment on house building. There’s more than base emotion knocking around though; these are well-crafted songs, precise and cultured.

There really isn’t much not to like about Time Capsules II; it would take a lot of energy to summon up any hatred for it, like hating a new-born puppy, or your own child. ‘HEART,’ the first track, sets a near-breakneck pace that is somehow maintained for the duration. “I don’t know what you think when you’re sleeping / I hope soon I’ll dream with you,” sings Brad, in the carefree manner of someone who can sleep easy knowing that they get to pour their heartbreak into a song. After all, he who laughs last laughs loudest and he who writes songs always gets to laugh last.