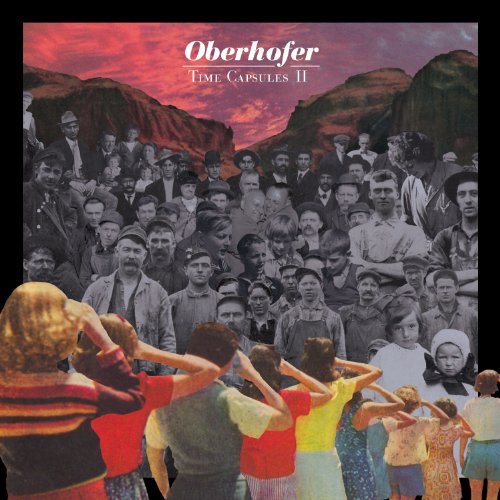 It’s pretty bog standard relationship fodder, but Oberhofer have a way of making each song sound like the world premiere of a new emotion.»

2012 is shaping up to be a big year for oberhofer. the debut by this fast-rising talent, entitled 'time capsules ii', is released on glassnote records. the album is a bold and exciting statement for brad oberhofer, recorded in brooklyn late last year with legendary producer steve lillywhite (u2, the rolling stones, morrissey among many others). drawing on influences ranging from brian wilson to descartes, the 21 year old is fixated on the idea of making philosophically minded, energetic melodies. emotion is what drives the psychedelic, catchy pop-rock tunes crafted by the effervescent brad oberhofer. after moving to brooklyn from his hometown of tacoma, washington, to attend new york university, brad quickly immersed himself in the indie rock community forming the four-piece which is now, quite simply, oberhofer. catching the attention of glassnote records, the band officially joined the labels%u2019 roster over the summer of 2011. armed with a belief that you spend your entire life searching for the socially aware version of the five year old 'you', he tries to inject each song with the innocence felt by that same kid, sitting on the couch of his parents house playing the broken guitar he spent months teaching himself how to play. referring to his songwriting as 'a time capsule of exactly how i'm feeling at a particular moment', each song on his debut, 'time capsules ii', is a clear, unrestrained look inside the head of brad oberhofer. 'gold' is a reflection on two magical weeks spent with a first love that inadvertently initiated his musical endeavors. 'away frm u' is an nostalgic yet upbeat ode to saying goodbye to that love. like most of the brilliant debut, the stand-out 'i could go' shows that above all, his heart is on his sleeve in both his words and everything he creates, a trademark that suits his search for sincerity well.
description from www.roughtrade.com