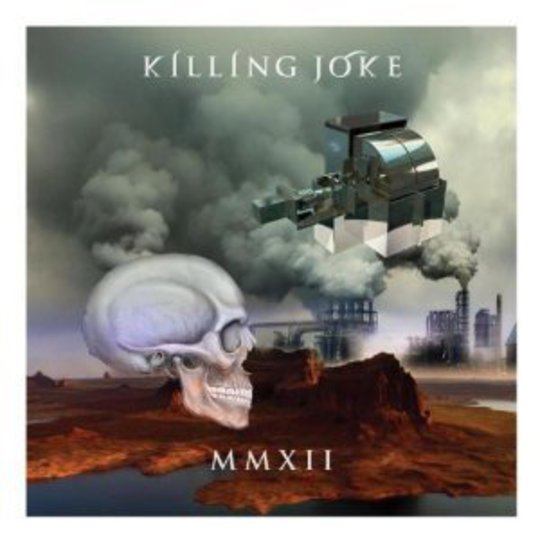 Having reformed the original line-up back in 2008 and subsequently released one of the best records in an already impressive back catalogue, it would be easy for Killing Joke to sit back and rest on their laurels. But then this band have never been about taking the conventional approach. The fact Absolute Dissent received such widespread acclaim from both critics and fans alike has in itself created an even bigger challenge. What could have been a fitting epitaph for the band has instead refuelled their creative fires. Indeed, most recent interviews with frontman Jaz Coleman would suggest he and his band are anything but a spent force, while their enthralling live performances have undoubtedly accounted for some of the most memorable shows we've been fortunate enough to witness since their blistering return at 2009's ATP: Vs The Fans event in Minehead.

For a band shortly entering its thirty-fifth year they could be forgiven for simply reverting to formula. However, the newly revitalised Killing Joke have taken the bull by the horns as it were and delivered a record that is up there with their finest. MMXII, or '2012', is a devastating slab of industrial rock loosely based around the Mayan concept whereby the twenty-first of December 2012 will signify the end of time. Intelligently researched and politically charged throughout, MMXII delivers a ten-part suckerpunch in brutal fashion.

Having initially started work on MMXII at the beginning of last year, the quartet of Coleman, Kevin 'Geordie' Walker, Martin 'Youth' Glover and Paul Ferguson found themselves with a whole lot more songs than they'd originally expected. As with MMXII's predecessor, the band have taken on production duties themselves, again enlisting Clive Goddard on the mixing and engineering side of things. Now whittled down from 26 to ten pieces, MMXII makes its intentions clear from the outset, 'Pole Shift' introducing the record via a cascading symphony of vibrating bass and thunderous synths. "It doesn't really matter too much" insists Coleman as the song veers between introspectively delivered verses to its rapturous, anguish-laden chorus. Musically taut throughout its nine minutes, Geordie's signature guitar scaling omnipresent, it's a blistering opener that sets the pace for what follows.

'FEMA Camp', a five-minute diatribe inspired by the Federal Emergency Management Agency sees the band revert back to the tribal rhythms of yore, acerbically shot through by Coleman's incendiary vocal. 'Rapture', the taster for the record that was made available at the start of this year races along at lightning speed, its cataclysmic arrangement reminiscent of Killing Joke's heaviest hour, 2006's Hosannas From The Basements Of Hell. 'Colony Collapse' continues in a similar vein, Coleman observing "The future doesn't need us" while his band pummel away in the foreground. With the metallic sound more prevalent here than on Absolute Dissent, there's little wonder people like Dave Grohl and Trent Reznor were queuing up to provide plaudits on their forthcoming documentary and celluloid debut The Death and Resurrection Show.

'Corporate Elect' and 'Primobile' both rein in the industrial nuances for a more direct punk/metal crossover. Lyrically astute as ever, the latter is seemingly a self-referential piece about how the band interact with and relate to one another. Lead single 'In Cythera' is perhaps the most direct throwback to their past, sounding not a million miles away from 1986's long forgotten 'Adorations'. "I see you in a dream, on Sundays past when skies are clear" bellows Coleman optimistically. The penultimate 'Trance' also offers a nod to times gone by, its rumbling bassline mirroring that of early release 'Pssyche', while Geordie concocts his most abrasive guitar scripture this side of their comeback.

Perhaps surprisingly choosing to go out with a reflective sigh than an almighty thud, 'On All Hallow's Eve' represents three minutes of Killing Joke at their most emotionally charged, its theme of remembrance to those passed proving quite poignant, a welcome respite of solace after the aural assault preceding it.

The sound of a band still in their creative prime, MMXII is everything Killing Joke have proclaimed themselves to be these past three-and-a-half decades, and 15 albums on is just as incisive and coarse as their debut. What's more, with yet another essential addition to their catalogue, only the fainthearted or foolish would bet against the resurrection of Killing Joke carrying on a good few years yet.