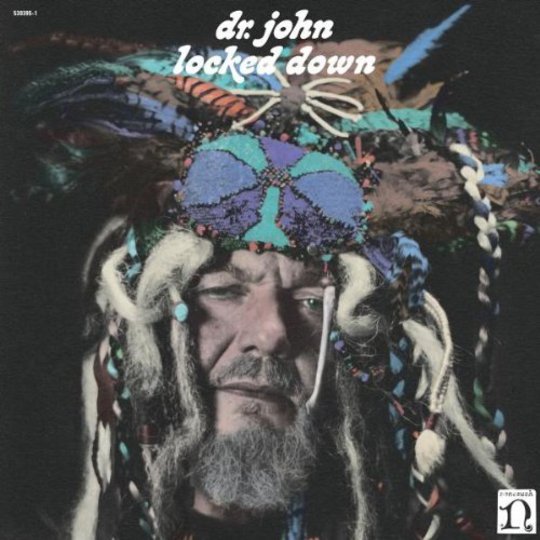 The career trajectory of Mac Rebennack - aka Dr John, aka The Night Tripper - is a one of survival, grit and a lifetime devotion to the dirtier and spookier end of funk and blues. Creator of a unique blend of playful and rumbling voodoo sounds from the swamp surroundings and speakeasies of New Orleans, he has reeled out a continual line of fine records that stretch well beyond his famed 1968 Gris Gris debut; dipping his toe along the way into production, session musicianship, Spiritualized records and even Disney soundtracks. But in the 44 years he’s been present on the music scene, despite seldom disappointing in either the live or studio arena, he’s largely remained out of the mainstream. Never an artist in full spotlight glare, he’s nevertheless always been waiting in the wings with a devilish swagger and a wickedly growled counterpoint.

Of course, with 2012 being 2012 anything legendary, grizzled and with a direct path back to the classics is always considered ripe for rediscovery. And so it is with Locked Down – Rebennack’s first record for Nonesuch Records - where we find the pianist and composer paired with The Black Keys' Dan Auerbach on production duties. The press release does raise initial fears of this being an attempt to cattle-prod Rebennack to being 'down with the kids' and stir memories of the myriad horrors that can arise from such approach (I still cry bitter and searing tears of rage when I think of Frank Sinatra’s Duets album). The premise of Mac being coaxed to record with a group of hand-selected younger musicians does fill you with a sense of unease; imagining attempts to 'freshen it up a bit' resulting in a loathsome homogenisation of the restless, swaying synergy of Dr John's classic sound.

The fact that Locked Down not only avoids this pitfall, but actually ends up brilliantly accentuating, respecting, amplifying and viscerally channelling Rebbeneck's music is a true credit to the work of him and Auerbach on this project. As someone who has never really understood the fuss and hype around The Black Keys, it is a truly pleasant surprise to note the intelligence, restraint and (when needed) venom that Auerbach injects into the snapping guitars, winding bass and (most impressively) the taut, red-hot horn section that peppers and prods at the record.

The blurb on the press release is that of Auerbach being a long-term fan and this immediately strikes home from the moment the Mingus-bass, burbling organ, razor guitar and ghostly backing of the opening title track lumber magnificently towards you. The whole thing is cranked up to such an extent that at times, Rebennack has to fight hard to put his points forward through the mix and in doing this, creates a restless storm on tracks such as ‘Revolution’ and ‘Getaway’: railing at the world with a steely, funky scorn that resonates more honestly through the halls of age and experience. But that’s not to say that he can’t still find time to loosen it all up. ‘Big Shot’ is a glorious groove of polished, rolling braggadocio; weaving amongst slabs of brass with a twinkle in its eye. There’s a thread of Afrobeat weaved through ‘Ice Age’; a slow-burning jazz-funk landscape which suddenly rises into an anthemic chorus on the exceptional ‘My Children, My Angels’, and the whole thing concludes with the anger finally burned off on ‘God’s Sure Good’: the Doctor reflecting on the positives around him and towing the spirits on a blissful sea of organ, rusty guitar and choral echoes. Superbly paced, sharply crafted and bang-on-the-nail in terms of focus; the album says precisely what it needs to before striding off into the gathering darkness; gospel preached and feet broadly encouraged to move.

Too much is often made of collaborations and the meeting of young and old. More often than not, they result in transient pieces of flotsam that smack of a clueless label being unable to handle a classic artist in the modern age. Locked Down however, could not be further from such facile 'reinventions'. It admirably manages to maximise the drive and skills of both Rebennack and Auerbach (as well as the musicians on display who may be young, but lack nothing in soul, flair and intelligence) towards the creation of something profound and memorable. A lean, bare-chested and sweat-bathed beast of an album; it rattles along with energy, mystery, swirling swamp-mist and a delectable gumbo of cultural influences and razor-sliced spice. Most impressively of all, it comfortably lives up to the promise that Auerbach apparently made to the Doctor that he would help him craft 'the best record you’ve made in a long time'.